The Great Gatsby is often recognized as one of the 20th century’s great love stories.
Although F. Scott Fitzgerald deviates in some crucial ways from the model for the romance as we popularly understand it—the story’s narrated by the best friend, for one thing, and of course we don’t get the “happily ever after”—his depiction of the doomed relationship between Jay Gatsby and Daisy Buchanan has fascinated millions of readers in the decades since its publication in 1925.

For many of us, discovering Gatsby in junior high school may be as far into Fitzgerald as we’re likely to get–but in BroadLit’s Fitzgerald’s Gatsby Girls, a historic collection of eight stories that appeared in The Saturday Evening Post in the early 1920s, we’ll find some powerful precursors to Daisy. 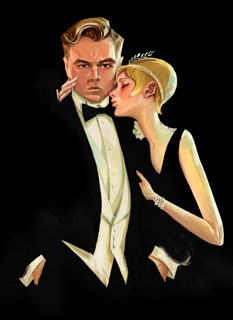 Take Sally Carrol, the southern belle you’ll meet in the collection’s short story “The Ice Palace;” had she not fled from her fiancé, who’s to say she wouldn’t wind up with a marriage as unhappy as Daisy’s becomes? And then there are the liberated young women who “live on the Eastern colleges as kittens live on warm milk,” as Fitzgerald writes in “Myra Meets Her Family”:

“You can see her practically any winter afternoon if you stroll through the Biltmore lobby. She will be standing in a group of sophomores just in from Princeton or New Haven, trying to decide whether to dance away the mellow hours at the Club de Vingt or the Plaza Red Room. Afterward one of the sophomores will take her to the theater and ask her down to the February prom—and then dive for a taxi to catch the last train back to college.”

That’s the kind of fun-loving socialite Yanci, the heroine of “The Popular Girl,” would like to be, although, as you’ll learn as the story progresses, she doesn’t quite have what it takes—and I don’t just mean that her money’s run out. What she’s missing is a personality trait that Ardita, the female lead character in “The Offshore Pirate,” talks about when she’s filling her abductor in on her life story, explaining what “courage as a rule of life and something to cling to always” has meant to her:

“I began to build up this enormous faith in myself. I began to see that in all my idols in the past some manifestation of courage had unconsciously been the thing that attracted me. I began separating courage from the other things of life… Still, the men kept gathering—old men and young men, my mental and physical inferiors, most of them, but all intensely desiring to have me—to own this rather magnificent proud tradition I’d built up around me.” 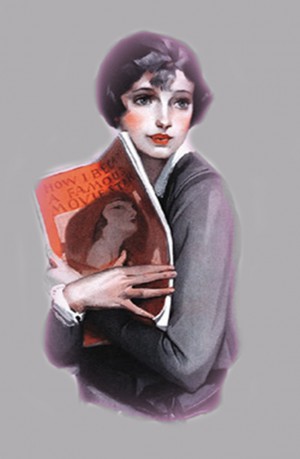 Ardita’s courage certainly sounds like the stuff of a modern romantic heroine, an image that’s reinforced by her cool, calculated demeanor. (When you read her dialogue, you’ll get whyHollywoodwanted to hire Fitzgerald, though writing for the studios made him miserable.) The thing is, though, Ardita’s not quite as sharp a judge of character as she thinks she is—the “pirate” who hijacks her uncle’s yacht and whisks her off to a remote island is an utter fraud, but she falls in love with him anyway.

She’s not the only woman who’s tricked by a man in the name of love in Fitzgerald’s early stories. Sometimes the deception is well-intentioned, like Scott pretending not to know the truth about Yanci’s visit to New Yorkin “The Popular Girl,” but at other times, like the man who flirts with his ex-girlfriend during a costume party in “The Camel’s Back,” the gag takes a decidedly darker turn. (Then there’s the case of “Myra Meets Her Family,” where the deception is meant to drive Myraaway—but she proves to be pretty sneaky herself. – Get a sneak preview from the collection, “Myra Meets Her Family“)

Bernice, the heroine of “Bernice Bobs Her Hair,” is persuaded to take a run at being this kind of flirtatious society girl when she visits relatives on the East Coast, but she’s even less cut out for the part than Yanci was, and winds up as the butt of a cruel joke by her cousin. The great thing about Bernice, though, is that—likeMyra—you might be able to dupe her, but she’s able to recover and get back to living life on her own terms.

Fitzgerald describes Bernice and Myra’s triumphs with a combination of admiration and disapproval that mirrors the conflicting impulses of his Saturday Evening Post audience. In 1920, one didn’t want women to be too liberated… and if that meant the hero had to fool the heroine into falling in love with him, well, as romance fans we’ve all seen that story more than a few times. And when it’s done right, like it is in Fitzgerald’s best early Saturday Evening Post stories, it’s a delight to read.