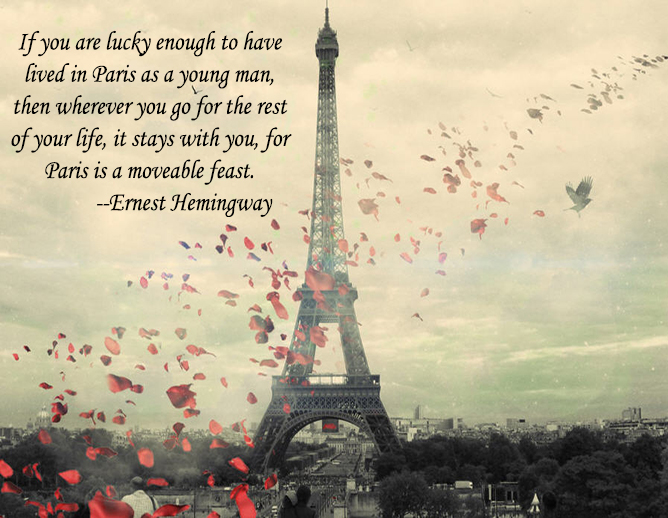 In the days since the terrorist attacks in Paris, something unexpected has happened. A half-century old book by an American writer has gone to the top of the bestseller list in France.

A Moveable Feast by Ernest Hemingway has suddenly found a new voice in today’s times.

“Then there was the bad weather. It would come in one day when the fall was over. We would have to shut the windows in the night against the rain and the cold wind would strip the leaves from the trees in the Place Contrescarpe.” - – the opening lines of the American writer’s memoir of life in Paris during the 1920s rings true nearly a century later.

His description of the damp chill in the French capital matched the mood on a freezing, rain-soaked night as Parisians struggled to come to grips with the aftermath of a deadly terror attack.

Hemingway’s love letter to the City of Light has long been required reading for many foreign visitors to Paris. Copies of “A Moveable Feast” stand prominently on display in the venerable English-language bookstore Shakespeare and Company, which Hemingway is said to have frequented in the 1920s.

Shortly after November 13, the French translation of the 51-year-old book leaped to the top of the bestseller list on the French version of online book dealer Amazon and remained there for days.

Listen to NPR segment below: