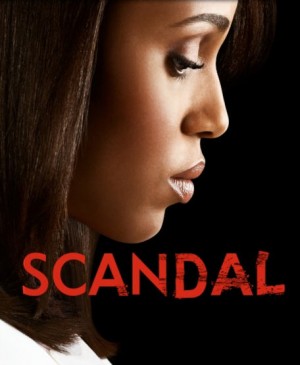 Oh, no! Scandal’s season has been cut back from 22 to 18 episodes. ABC announced that because of Scandal star Kerry Washington’s pregnancy — it’s making it more challenging to hide her baby bump – They will cut the season short. Washington stars as high-powered political crisis manager Olivia. Pope has been recognized as a groundbreaking character in terms of gender and racial representation  and is the first African-American female lead in a network drama in almost 40 years. According to Washington (in Vanity Fair), she is also trailblazing in another important way:

“What I think is cool about Olivia is that she fully owns being a woman. There’s a very nurturing sense of ‘I’m going to take care of you — don’t worry about it. I’m gonna be your mom in this situation. You come stay in my office, have a cup of tea, and let my gladiators take care of you.’ There’s something very maternal about it. But there’s also something very executive about her, and I mean ‘executive’ in a presidential way.”

Not only is the show groundbreaking for its strong female lead character, Scandal, created by Shonda Rhimes, is one of the hottest shows on TV. Washington told Ebony Magazine that she loves playing Olivia Pope because she is such a multidimensional character. She said, “In her professional life, she is so powerful and is this self-made woman, but in [Olivia’s] personal life, she is a mess and I kind of love that … I love that I get to embody all of that complexity because I also think it takes a certain level of progress for us to have a Black Woman that powerful be an emotional mess on television.”