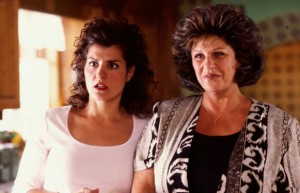 It’s been 12 years since we’ve seen the Portokalos family and we’ve missed them terribly! Universal Pictures has joined the party for My Big Fat Greek Wedding 2, the feature film sequel to the 2002 indie hit romantic comedy from writer-star Nia Vardalos. Gold Circle, HBO, and Playtone announced their plans to head back to the altar in May and have now tapped Nanny McPhee and What to Expect When You’re Expecting helmer Kirk Jones to direct. Vardalos and John Corbett return for the sequel, in which a family secret and an even bigger wedding brings the Portokalos family together again.

The original film was a surprise success with $368 million in worldwide grosses. IFC distributed “My Big Fat Greek Wedding” in the U.S., where it grossed $240 million.

What’s in store this time around? Stay tuned to find out!