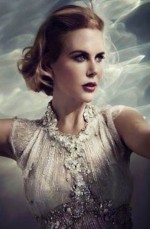 The annual film festival in Cannes is the place to watch groundbreaking cinema. The legendary festival will open this year with the premiere of Grace of Monaco. It is the biopic of actress turned princess, Grace Kelly. The early reviews are in and Nicole Kidman is fantastic playing the title character, not to mention the very enjoyable story wrapped up in this film.

The film portrays a period in her life after marrying Prince Rainier III (Tim Roth) in 1956. Six years later, amid occasional difficulties in fulfilling her role, she was invited back to Hollywood by Alfred Hitchcock, to star in Marnie. At the time, France was threatening to tax, and even annex, Monaco. The film asks the question: Was Grace still an actress or was she really Princess of Monaco? Frank Langella, Parker Posey, Jeanne Balibar, Derek Jacobi and Paz Vega also star. The festival runs May 14-25 and although the official release dates in the U.S. have not been announced, look for her majesty to arrive in early summer.