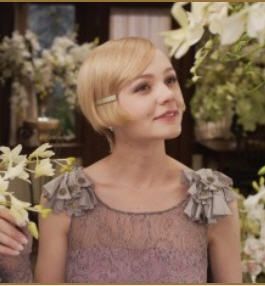 Carey Mulligan was born in 1985 in London, England.  Her love of acting developed during high school where she was heavily involved in the theatre department and often performed in school plays.  Against her parent’s wishes, she decided to apply to drama schools instead of universities, but was rejected from them all. Luckily, actor Julian Fellowes, famous for writing Gosford Park, came to speak at her high school as a guest lecturer, and Mulligan seized the opportunity.  She approached him for help, and while reluctant at first, he eventually connected her to a casting agent and she was quickly picked to play a sister in the 2005 film Pride and Prejudice, starring Keira Knightley. While the role was small, it was the starting point of a very successful career. After appearing in a few English TV series, Mulligan took the lead in the film The Greatest, co-starring Pierce Brosnan and Susan Sarandon, and soon the rolls wouldn’t stop coming.  By 2009 she had an Academy Award nomination for Best Actress and won the BAFTA Award for Best Actress in a Leading Role for her performance in An Education. The same year Mulligan was cast in Public Enemies with Johnny Depp and Brothers with Jake Gyllenhaal, Natalie Portman, and Tobey Maguire.  Most recently, Mulligan dazzled moviegoers as Daisy, opposite Leonardo DiCaprio, in The Great Gatsby (Coming out on DVD August 27).  At 27, Mulligan has also developed a career on Broadway, and has been nominated for a Drama Desk Award, a Golden Globe and a Screen Actors Guild Award.

And if you love Gatsby girls like Carey, check out F. Scott Fitzgerald’s Gatsby Girls Collection.

Mulligan is an ambassador of The Alzheimer’s Society, aUKresearch and care charity for those dealing with Alzheimer’s.  Dementia personally affected her life when her grandmother was diagnosed in 2004 and since then, Mulligan has become a fervent advocate of raising awareness about the condition.  In May 2012 she attended events during Dementia Awareness Week to meet those struggling with dementia and the people caring for them.  While there she said,

“I am committed to helping Alzheimer’s Society in any way I can. My family and I rely on the help of organizations like Alzheimer’s Society to help us understand the disease and guide us in the care of my grandmother. It’s been a privilege to meet so many people with dementia. I hope to do all I can to help defeat dementia and that’s why I wanted to get involved in Dementia Awareness Week. By speaking about my grandmother’s dementia I hope to shine a light on the condition.” 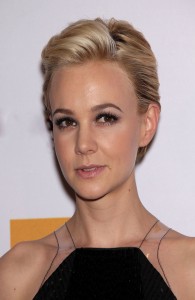 Later in the year, Mulligan, alongside Prime Minister David Cameron, launched a Tumblr campaign called xmastoremember that asked people to post a favorite Christmas memory to the online site as a way to raise awareness about the condition.  That same month, she attended the A Small World event at the Gstaad Palace Hotel in Switzerland.  The event hosted a charity auction, and Mulligan nominated The Alzheimer’s Society to receive the proceeds.  At the end of the night, the auction had raised $95,000 for the organization.  Mulligan does not just focus her attention on dementia awareness; she has also auctioned off her red-carpet Prada gown to give the proceeds to Oxfam, and will star in a new film, The Fury, documenting a historical moment for women’s rights in theUK.

To learn more about dementia or to donate to the cause, visit the Alzheimer’s Society here: http://www.alzheimers.org.uk/