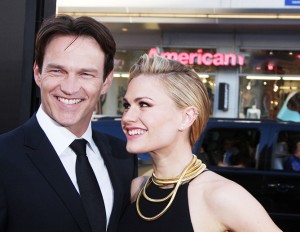 Anna Paquin, now 31, was only 11 years old when she took home an Oscar for Best Supporting Actress in the film The Piano. She had no previous acting experience before she auditioned, but managed to beat out hundreds of other girls for the role of Flora McGrath.

She was living in New Zealand at the time and on a whim, decided to audition. After getting the part and winning her Oscar for the role, she decided to take a break from acting and enjoy her childhood. By the time she returned to the screen playing a young version of the title character in the Charlotte Brontë classic, Jane Eyre, she was 14 years old.

Paquin enjoyed big box-office success playing Rogue in 2000′s X-Men with Hugh Jackman, Halle Berry and Patrick Stewart. In 2007, Paquin scored her first Emmy Award nomination for her work on Bury My Heart at Wounded Knee. She played a schoolteacher who worked with a Sioux doctor to help Native Americans on a reservation in the late 1800s.

Moving to more modern and fantastical material, Paquin fought to be cast as Sookie Stackhouse in the supernatural drama True Blood. “I was the pale brunette from New Zealand, and I’m playing the Southern tanned blonde, essentially a Hooters waitress. It wasn’t the most obvious casting choice, but I just really wanted it and I didn’t stop until they said yes,” she told Daily Variety.

Turns out this role was a pivotal one both for her acting career and her personal life. On the show, her character Sookie Stackhouse meets a seductive 173 year old vampire named Bill Compton, played by Stephen Moyer. The sparks between the two were evident one and off the screen. And while Moyer, at 44, is quite a bit older than Paquin in the show and in real life, it didn’t stop the two from falling in love.

Stephen Moyer is a classically trained British actor, with a love of Shakespeare and the stage. He grew up in a small village in Essex, England. With a passion for performance, he was accepted into the London Academy for Music and Dramatic Arts and graduated as a classically trained actor in 1988, at the age of 19.

For the next five years, Moyer performed with such prestigious stage companies as the National Theatre of Wales and the Royal Shakespeare Company. He went on to star in a variety of British TV shows through the 1990s, including Castles (1995), A Touch of Frost (1997), The Grand (1997) and Life Support (1999). 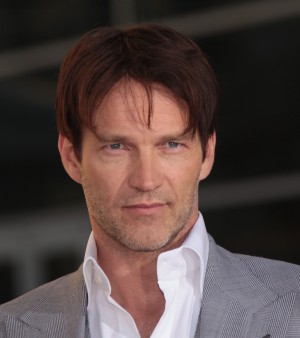 When he received the script for True Blood, Moyer said, “I was blown away by it. It’s not my genre at all, but I could see in it a whole microcosm of society as we know it.”

In a classic case of an onscreen romance leading to real-life love, Stephen Moyer quickly fell for his co-star Anna Paquin. They became engaged in 2009 and married a year later. Moyer also has two children, Lilac and Billy, from previous relationships and in September 2012, the couple gave birth to twins, Charlie and Poppy.

True Blood has just begun its seventh and final season. The show has grown so popular among fans with its cheeky plots, fantasy, gore and, of course, it’s abundance of sex. Paquin’s character Sookie has slept with nearly everyone on the show by now and you’d think that all the naked play with your co-workers would put some stress on your real-life relationship, Stephen and Anna say it isn’t so. In fact, Moyer even directed his wife in a sex filled episode with her co-stars.

“The main thing that Anna has taught me is absolute transparency and honesty and truth. Even if you know that what you’ll say will hurt a woman’s feelings, I’ve learned that it’s better to be truthful with her than it is to cover up. Ultimate honesty is what a relationship is really about.”—Stephen Moyer 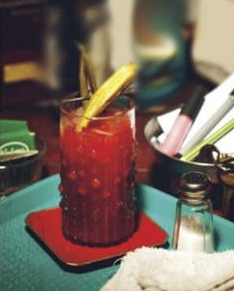 Try a True Blood(y) Mary while you watch True Blood!