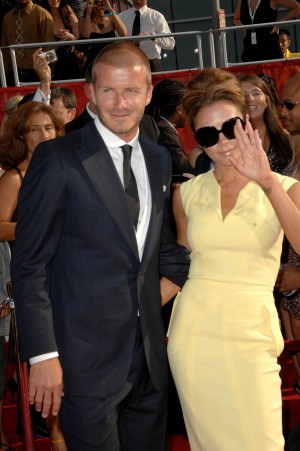 It’s the most popular sport on the planet, and he was the biggest star the sport had to offer.

Born on May 2, 1975, in Leytonstone, London, England, David Beckham grew up with parents and siblings who were committed fans of Manchester United, England’s legendary soccer franchise. At an early age, Beckham showed his own promise as a footballer, winning the coveted Bobby Charlton Soccer Schools National Skills competition at 11 years old.

His talent soon caught the notice of Manchester United team officials, who asked him to try out for the club’s youth league. By the age of 16, Beckham had left home and was playing for United’s Training Division. Two years later he made the club, and by 1995, he was a full-time starter. This was just the beginning.

The talented Beckham was named the Professional Footballers’ Association Young Player of the Year in 1997. A year later, he was one of the leading faces of England’s World Cup team. In 1999, he led Manchester United to the Premier League title, the FA Cup championship, and the Champions League title. 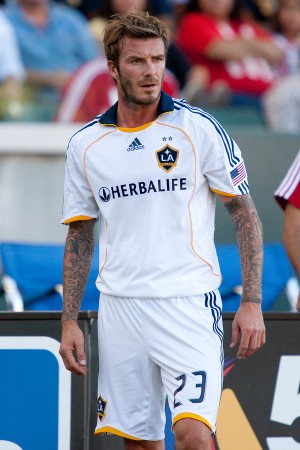 Marketing companies knew they had a good thing on their hands with Beckham. His attractive features, alongside his dominating skills in football, had all the makings of a very profitable superstar. He signed an endorsement deal with Adidas, alongside several other companies, making $13 million in endorsements. He was now one of the top paid athletes in the sport. He had almost everything he could possibly ask for, but his recipe for success wasn’t quite complete. He simply needed a dash of spice.

Posh is defined as “smart,” “elegant,” or “fashionable.” All these can be used to describe Victoria Caroline Adams. A young dancer from London who happened to answer a personal ad in the paper seeking energetic and hard-working young women. Out of the 400 women who applied, Victoria Beckham was chosen to be a part of a new all-female pop music group. The Spice Girls were born and became a huge success in the U.K.

Each of the five members of the girl group formed their own personality. Victoria was known as “Posh Spice.” The group’s first single was called “Wannabe” (1996) and it went to number one in the United Kingdom and United States, and another 29 countries. It was followed by nine further number one singles from their albums Spice, Spiceworld and Forever. The group’s “girl power” message attracted a substantial audience, especially young teenage girls. The group was one of the most successful pop acts of the 1990s, selling over 55 million records worldwide. After the release of their third album, Forever (U.K. number 2), which was far less successful than their previous two albums, the Spice Girls stopped recording, leading Victoria to try to build a solo career. 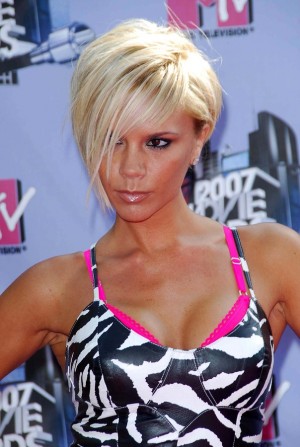 While relatively successful as a solo artist, Victoria never reached the level of success she achieved with the girl band. She decided to move on and began working as a fashion designer. She found that she had a very natural and creative gift for fashion.

In 1997, she started dating David Beckham after they met at a charity football match, prompting him to request a meeting with her. Of their initial meeting, she said, “I didn’t really know who he was. I was never into football.”

On March 4, 1999, they had their first child, a son they named Brooklyn Joseph. Two months later, Beckham and Victoria tied the knot at a lavish $800,000 wedding at a castle outside of Dublin, Ireland.

America’s fascination with Beckham and his decade of dominance culminated in 2007, when the soccer great moved across the Atlantic to sign a reported five-year, $250 million deal with the L.A. Galaxy. The relocation was as much about giving Victoria Beckham’s career a boost (she helped drive the decision to move to the States) as it was to give America’s Major League Soccer a shot in the arm. Within 48 hours of the signing, the Galaxy sold more than 5,000 season tickets. However, injuries and lack of playing time forced the 38-year-old Beckham to announce that he would be retiring at the end of the 2013 season, ending his 21-year soccer career.

Beckham has twice been runner-up for FIFA World Player of the Year, and in 2004 he was named in the FIFA 100 list of the world’s greatest living players. Consistently ranked among the sport’s highest earners, in 2013 he was listed as the best paid player in the world, earning over $50 million in the previous 12 months.

The Spice Girls re-united for a reunion tour in 2007. A documentary, Spice Girls: Give You Everything, was made about the tour. They have since written a musical based on their band, and even performed at the closing ceremony of the 2012 Olympics.

David and Victoria are two of the most photographed and talked about celebrities in the world. They now have a total of four children and live in a $12.5 million dollar home in Hertfordshire. They are both incredibly active in the community and various endeavors. Their 15 year marriage is still going strong.