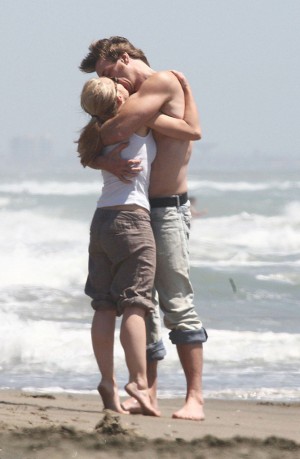 In 1992, Kristen Bell went to her first audition and won a dual role as a banana and a tree in a suburban Detroit theater’s production of Raggedy Ann and Andy. She’s taken on a dual role in so many ways since — “Actress and Singer,” “Wife and Mother,” “Sexy Superstar and Just One of the Guys.” Bell has never shied away from a challenge and is one of the more outspoken and influential young celebrities in the country.

Her match in life would turn out to be a wild spirit all his own. Dax Shepard was a graduate of The Groundlings improvisational school in Los Angeles. Known for his quick wit and ability to transform himself into everyday character, his talents made him an instant fan of Bell’s.

In 2001, Bell left New York University to play a role as Becky Thatcher in the short-lived Broadway musical of The Adventures of Tom Sawyer. That same year, she made her credited film debut in Pootie Tang. Her one line in the film was cut and her appearance exists only as a scene shown during the credit sequence. In 2002, she appeared in the Broadway revival of The Crucible with Liam Neeson, Angela Bettis and Laura Linney. Bell then moved to Los Angeles in 2002, and after a sequence of near hits auditioning for new show after new show, she finally landed her career defining role, Veronica Mars. She was 24 years old at the time and quickly became an idol among young viewers.  In 2006, Bell won the Saturn Award for “Best Actress on Television” for her acting on Veronica Mars, while the series was nominated for “Best Network Television Show.” 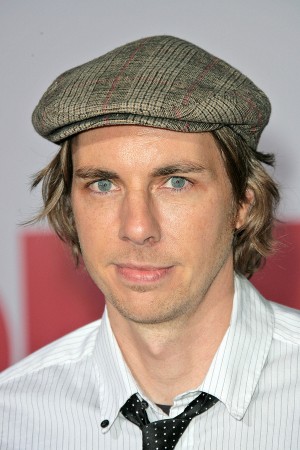 Meanwhile, Dax Shepard was disappearing. Well, that is to say, he was becoming a master of disguise. Each week millions of viewers tuned in to watch the inaugural and wildly popular first season of Ashton Kutcher’s prank television show, Punk’d. Shepard was far and away the most popular performer on the show and he segued that fame into the film and television world. In 2006, Shepard was seen in Mike Judge’s Idiocracy opposite Luke Wilson and Maya Rudolph, and also starred in the Lionsgate comedy Employee of the Month. In 2008, Shepard appeared in the Universal Pictures comedy Baby Mama as Amy Poehler’s loser boyfriend, Carl.

When the couple began dating in 2007, many people scratched their heads with regards to the odd pairing. Here was this nice Christian girl who graduated college, studied philanthropy and who generously gives to charities and dog rescues. Shepard terrified her at first with his harsh partying and use of cocaine, opiates and hard living. But in the end, she saved him from going down a dark and lonely path. She saw past the hard exterior and witnessed a loving and generous man full of laughter and love.

Even though Dax proposed to Kristen back in 2009, the couple pledged they would not marry until it was legal for all their gay friends in California to be able to get married. Three years later, Kristen was still sticking to her guns, “We’ve been very vocal about not wanting to be married in a state that doesn’t allow that right to all of its citizens. We’ll wait until California gets on the right side of history.” And wait they did. 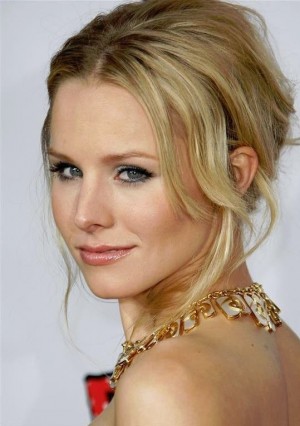 The two eventually got married in a small ceremony on October 17, 2013. Bell gave birth to a baby girl named Lincoln Bell in March of 2013. They were recently voted the “Sexiest Vegetarian Celebrities of 2013” by PETA. Although Shepard admits he gave up the vegetarian lifestyle after about a year. Bell meanwhile has been an avid vegetarian since she was eleven years old.  She is involved with the charity organization Invisible Children, Inc.—an organization whose goal is to create awareness regarding the plight of Northern Ugandans  caught in the midst of a civil war between the government and Joseph Kony’s Lord’s Resistance Army.

“It’s ironic, really. Guys should be excited that I got Kristen Bell. If Brad Pitt gets Kristen Bell, it’s like, ‘Well, of course he did.’ With me, it should be, ‘Oh good, a normal-looking guy got her. Maybe I’ll get me a Kristen Bell.’ But guys hate my guts for always dating women I have no right to be with.”—Dax Shepard

She currently voices the role of “Anna” in the wildly successful film Frozen and stars alongside Don Cheadle in the Showtime series, House of Lies. Her Veronica Mars cult following get their wishes granted as a feature film of the popular TV series is set to release next month. Fans took to the internet and funded the movie with $5.7 million dollars in donations.

Dax Shepard can be seen playing the role of Crosby Braverman on the hit TV show Parenthood. He has three films scheduled to release in 2014, including a cameo in his wife’s movie, Veronica Mars.

Together the couple have launched a social media campaign against paparazzi who stalk and harass their children to get photos as well as the media outlets that buy them. It’s becoming a movement that is really gaining steam in Hollywood. Bell and Shepard have asked their famous friends to take a stand and not talk to any media outlets that buy photos or video from paparazzo who terrorize their families.

There may only be a handful of celebrities who don’t treat getting married like it is the event of the century. Clearly, Kristen and Dax didn’t need a high-profile wedding, or a lot of media attention. They just need each other.