You would think that a director as famous as Steven Spielberg was born with a camera in his hand. Well, that wasn’t far off. Born in Cincinnati on December 18, 1946, and raised in the suburbs of Haddonfield, New Jersey and Scottsdale, Arizona, Spielberg began making films as a pre-teen. He would charge admission to see them, while his sister sold popcorn. By the time he was 12 years old, he had made his first film using a script and actors and by the time he was 16, he had made his first 2 hour long feature film. The film was called Firelight and it would later go on to inspire his film, Close Encounters of the Third Kind.  He premiered the film at the local movie theater and ended up making back all of the $500 dollars his father had invested into the film.

Because of poor grades, he was rejected twice from getting into UCLA’s film program. He ended up attending California State College at Long Beach and while they had no official film program, he immersed himself in the world of cinema and visited theaters and studio tours as often as possible. On one such visit to the Universal Studios tour, legend has it that he jumped off the tour bus and wandered around the back lot. He found a janitors closet, converted it to his own private office and began working on a film. The security guards saw him so often on the lot, they assumed he actually worked there. Once inside and settled, Spielberg started production on Amblin. This movie, only 24 minutes long, led to winning awards at several film festivals including a showing at the Atlanta Film Festival in 1969. Because of this, Universal signed him to a 7 year contract in the Television department, making him the youngest director ever to be signed to a long term deal by a major Hollywood studio. 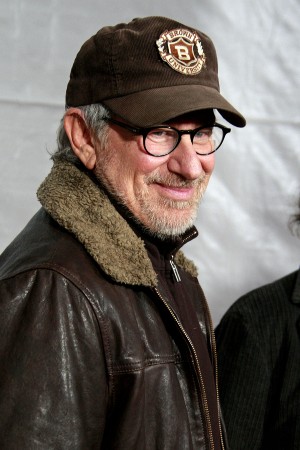 After the small success of the made-for-TV Duel, and the feature The Sugarland Express, Spielberg was tasked with adapting the novel JAWS into a feature. The film became legendary for its set-backs, set disasters and coming in way over-budget. Nevertheless, the studio was ecstatic with Spielberg for having turned an incredible profit on the film and helping it achieve such critical and commercial success. He could do no wrong at this point.

His next few films included E.T. The Extra Terrestrial, Close Encounters of the Third Kind and a film that would become a trilogy of a whip-smacking, adventures about an archaeologist named Indiana Jones. Harrison Ford became an icon playing the title role, and Raiders of the Lost Ark was an incredibly well-received film. For the sequel, Spielberg knew he must find the perfect gal to not only keep up with Indiana, but to brave the waters of a darker movie—one which would be the first film to receive the new PG-13 rating. He found his debutante in the stunning Kate Capshaw.

Over 100 actresses went home with broken hearts after the auditions for Willie Scott in Indiana Jones and the Temple of Doom were done. A beautiful blonde with a great smile and infectious personality named Kate Capshaw had won the role. Capshaw had recently come to New York via St. Louis to test out her career as an actress. 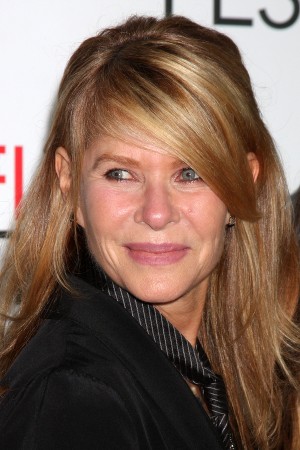 Capshaw, who was born Katherine Sue Nail,  graduated from the University of Missouri with an education degree and taught special education at Ashland High School. She married marketing manager Robert Capshaw in January 1976 and they had one child, actress Jessica Capshaw, before eventually divorcing in 1980. However, she kept the surname Capshaw and adopted it as her professional name upon becoming an actress.

Spielberg was married to actress Amy Irving at the time of the Jones films, and therefore wasn’t able to marry Capshaw until 1991. Capshaw was more focused on her career at the time, and although some critics panned her performance in Temple of Doom, she managed to get roles in several films including Space Camp and The Quick and the Dead.

In 1991, Capshaw converted to Judaism to marry Spielberg and the two have been together ever since. The couple have seven children—one each from previous marriages, three between the two of them, and two they adopted. Capshaw stopped performing in 2002 to raise the children while Spielberg continues to produce and direct.

With the incredible wealth and success (Forbes recently placed his personal net worth at $3.2 billion) that Steven has achieved throughout his career, his place among Hollywood’s icons is secure. The couple have given to charity in numerous ways and have helped inspire future filmmakers to succeed. Hurricane Katrina relief funds, Starlight Children’s Foundation, Cedars-Sinai, and The Righteous Persons Foundation have all received large financial investments from Kate and Steven.

Spielberg’s list of achievements includes winning three Academy Awards (Director and Best Picture Schindler’s List and Best Picture Saving Private Ryan) Emmy Awards (Band of Brothers) and notable critically acclaimed films (Munich, War Horse, Lincoln). His statutes could fill a garage and all his accolades are too long to mention here, but what is more remarkable is his continued love for Kate and his family. As busy as his schedule is, he always makes time for them and continues to show us that it is possible to balance love and career. Whether any of their children follow in their artistic footsteps with the same level of passion and success, remains to be seen. 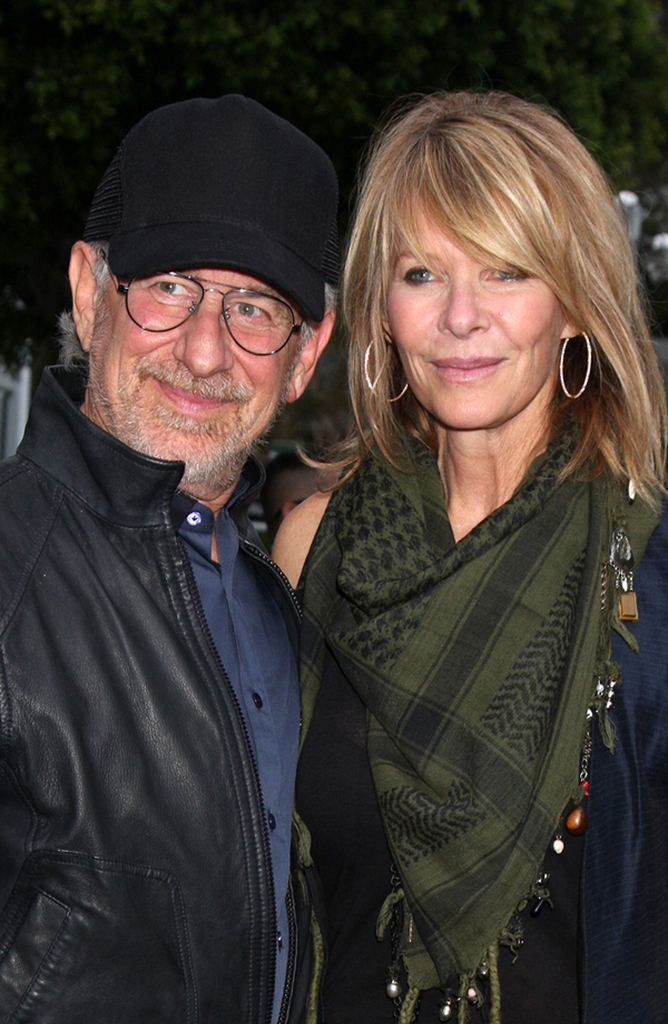