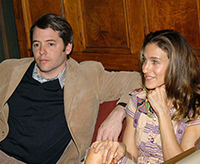 “Life moves pretty fast. If you don’t slow down once in a while, you could miss it”. A quite appropriate motto uttered by a baby faced 26-year- old celebrity with a future as bright as Ferris Bueller himself.
Matthew Broderick was a hot item in the early 1980’s. He was the youngest actor to win a Tony Award, he had done two moderately successful films, War Games and Ladyhawke, and he had accomplished all of this while beating out other prominent young actors such as Rob Lowe, Michael J. Fox, Johnny Depp, and Robert Downey Jr. for the lead role of Ferris Bueller. This native New Yorker was quite a catch and after several Hollywood romances ended, including one with his co-star from Ferris Bueller’s Day Off, Jennifer Grey, Broderick was about to meet the Queen of the City. 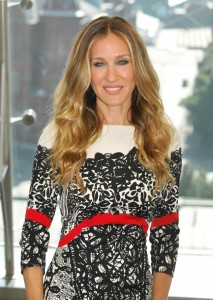 Carrie Bradshaw, aka, Sarah Jessica Parker was one of eight children born in Nelsonville, Ohio. She had an early talent for singing and performing and soon landed the title role of Annie on Broadway. Star “doors” began opening for her in the next few years as she found herself working alongside such actors as Steve Martin, Nicholas Cage and Helen Hunt. As one of film’s hottest new actresses, Parker was romantically involved with actor Robert Downey Jr. from 1984 until 1991. They met on the set of Firstborn, but  Downey’s drug problems affected their relationship. Little did we know, Downey was about to get beaten out by Broderick again.

Knowing how ready Sarah was to move on and find a stable guy, Parker’s brother introduced her to Matthew, who was directing him in a play at the time. Three months later — in a phone call Parker remembers vividly — he finally asked her out.  Over dinner at the Cornelia Street Cafe in Manhattan, she talked “a mile a minute,” she has said. “He just stared at me. It was like I was on a talk show. I started telling goofy stories.” The couple quickly became inseparable.

“He’s probably the funniest fellow I’ve met in my entire life,” she told the Los Angeles Times in 1996, four years after they started dating. “I’m mad for him, totally.” The two married on May 19, 1997 at a former synagogue in New York City. Parker wore a black wedding dress.  The approximately 140 guests thought they were attending a party — not a wedding. They were all given a piece of wedding cake with a note from Sarah: “Put this under your pillow and dream of your true love.” 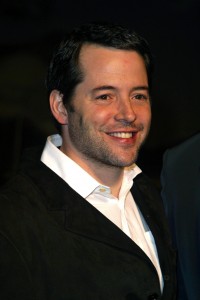 Sarah said: “I wanted to do the wedding without electricity, with just candelabras, so the lighting would be perfect and you would see the parts of the building that were still gorgeous, but you wouldn’t notice the parts that were less so … I knew exactly what I wanted …”

The couple may have been married for 14 years now and have three adorable children, but Parker confesses that she didn’t always dream of marriage and babies. “For me it has been hard to say no [to work]. I wanted a family but before I had a family I was a career person,” she explained. “I’ve tried to marry those two things and sometimes it is successful and sometimes it is not.”

But she’s not without help. Besides the nannies she employs, there’s her husband who she says does a lot for family — including shopping and cooking for everyone.Still her marriage hasn’t been perfect and she admits that “kids can really distract you from your relationship.”

“Maybe in good ways and bad ways,” she continued. “It’s important to have all eyes on all parts of the relationship.”

Matthew and Sarah are a shining example of how to succeed in Hollywood as movie stars while at the same time managing a loving household. Of course a salary of $30 million a year in Sex and the City residuals doesn’t hurt. However they say money can’t buy happiness, so there must be something else that has made this celebrity pairing so unique. Ms. Bradshaw said it herself: “The most exciting, challenging and significant relationship of all is the one you have with yourself. And if you can find someone to love the you you love, well, that’s just fabulous.”