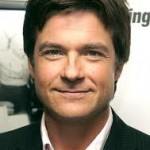 From Deadline.com:
EXCLUSIVE: Arrested Development star Jason Bateman is back at Fox, this time as a producer. Bateman’s Aggregate Films is behind Wife Nanny, a multi-camera comedy from Seinfeldalum Spike Feresten, which has received a script commitment with penalty. It  follows a sports executive who secretly hires a gay best friend for his wife in a misguided attempt to improve his marriage. Universal Television, where Aggregate Films has a first-look deal, is producing, with Feresten, Bateman, Peter Morgan (Identity Thief) and Aggregate Films president, James Garavente, executive producing. Aggregate Films’ first television series, the DJ Nash comedy Growing Up Fisher starring Jenna Elfman and JK Simmons, premieres on NBC this midseason. On the film side, Aggregate’s Bad Words, directed by and starring Bateman, had a strong showing at the Toronto Film Festival, landing a $7 million deal with Focus Features after a bidding war. Bateman and Feresten are with CAA.