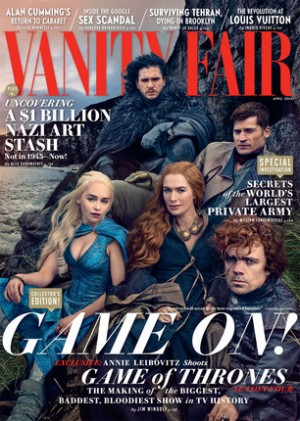 HBO’s Game of Thrones might be the most popular show on television right now. Great storytelling, incredible sets and wardrobe and just the right chemistry between the actors. But what if the casting had been slightly different? Would the show be the same if Kit Harington (Jon Snow) had been cast as King Joffrey (Jack Gleeson)? If Harington had his say, he would gladly give up the role of Snow to play the evil King.

What other roles would the current cast wish they could play? Vanity Fair goes behind the scenes of this wildly successful series to ask the cast members this fun question. Watch their responses here: