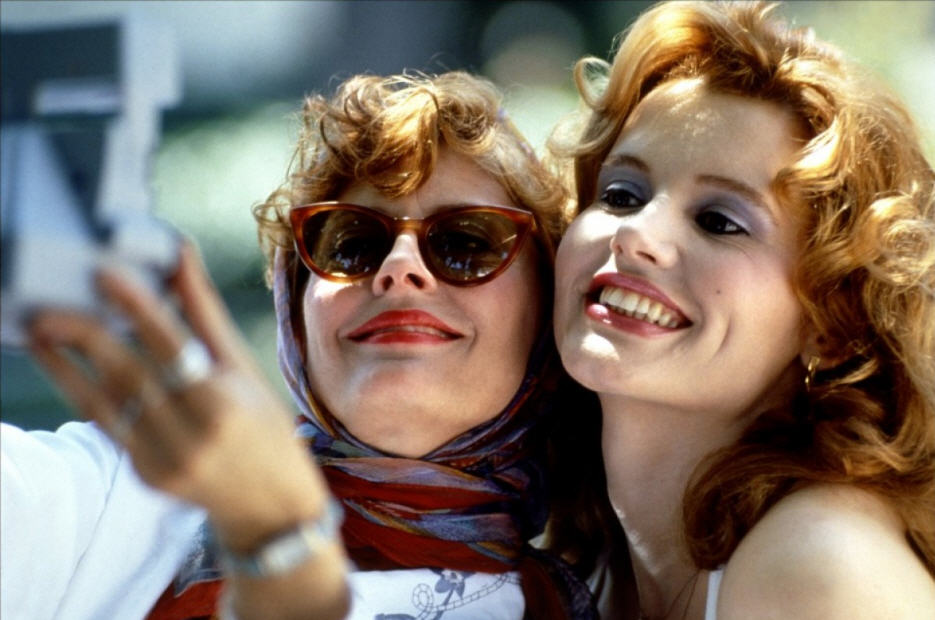 When director Ridley Scott’s film–about two best friends who hit the road in a ’66 Thunderbird looking for a little excitement but end up fugitives–opened in May 1991, it sent seismic waves through the culture. There was hand-wringing about what some called an anti-male message, and magazine stories analyzed violence and guns and what it meant when women had their fingers on the trigger. But it was also a critical hit–nominated for six Academy Awards (including Best Actress for both Susan Sarandon and Geena Davis)–and has continued to be revered as one of the most important feminist films in history.

Geena Davis played Thelma, an ignored Arkansas housewife, and Susan Sarandon her pal Louise, a stoic waitress with a noncommittal boyfriend. Both figure that a girls-only weekend at a nearby fishing lodge will give them a reprieve from their man troubles.

But while Thelma & Louise promised to be merely an Odd Couple-turned-Easy Rider road movie, rookie scriptwriter Callie Khouri delivered several startling detours that transform her frivolous twosome into serious characters. Like an instant photograph, Thelma and Louise developed before our eyes. They make a pretty picture, but also a shocking one. Away from the men in their lives, the powerless Thelma and Louise empower themselves. 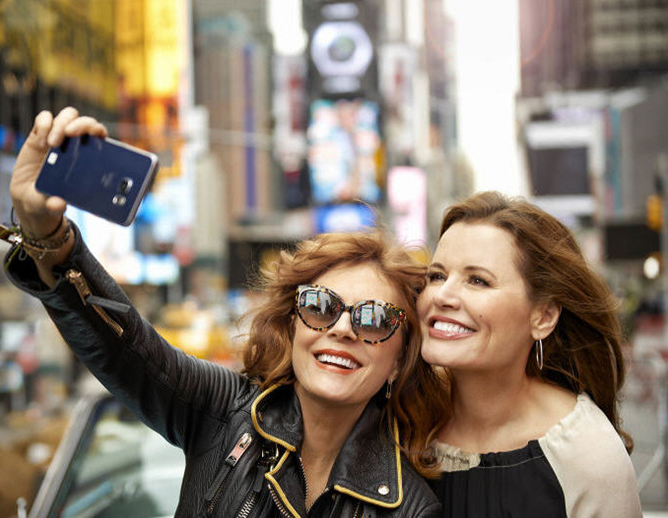 “The reaction to Thelma & Louise was so eye-opening that from then on I chose roles thinking, ‘What are the women in the audience going to think about this?’” says Davis, 60. She launched the Geena Davis Institute on Gender in Media in 2004, focusing on improving female roles in family entertainment.

The two actresses managed to form a deep bond while working on the project together and remain good friends. They often get asked about the possibilities of a sequel, which might seem a bit hard to pull off knowing how the iconic film ends. For now, we can relive the importance of the original and celebrate the movement it caused 25 years later.