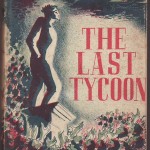 HBO plans to adapt F. Scott Fitzgerald’s final and unfinished novel, The Last Tycoon, into a series.  Captain Phillips and The Hunger Games screenwriter Billy Ray is set to do the adaptation. HBO’s take centers on Monroe Stahr, Hollywood’s first wunderkind studio executive in the 1930s as he climbs to the height of power, pitting him against his mentor and current head of the studio. With Stahr as a focal point, the series will unveil the true violence, sex and towering ambition of Hollywood in the 1930s.  This isn’t the first time The Last Tycoon was adapted for screen: A 1976 movie written by Nobel Prize–winning playwright Harold Pinter starred Robert De Niro. For HBO, the project  rides the  coattails of found success with period drama Boardwalk Empire (which was recently renewed for a fifth season).

Fitzgerald, one of America’s greatest writers, may be best-known for his novel, The Great Gatsby. Before Gatsby, Fitzgerald wrote a series of short stories for the Saturday Evening Post featuring heroines that were all precursors to Daisy. Eight of those stories are now featured in TLS’s collection – The Gatsby Girls. Read an excerpt and more.