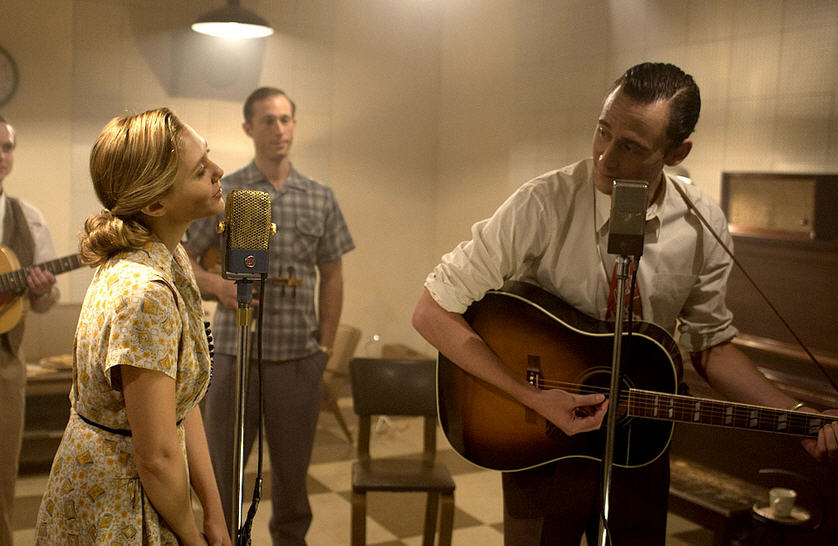 I Saw the Light director Marc Abraham was instructed by his casting director to not offer the highly coveted role of Hank Williams to any actor he met with, that is not before having them sing and read for the role. However, half way through a dinner meeting with British actor Tom Hiddleston, Abraham, who has had the project since his producing days at Strike Entertainment, just couldn’t resist given the actor’s identical mug to the legendary country singer.

“I saw Tom in War Horse and he popped off the screen for me,” Abraham told Deadline at our Toronto International Film Festival studio at the Templar Hotel. “‘Let’s do it!’ I told him. I didn’t have financing at the time, nor was the project at a studio, but I told him I knew how to get movies made,” said Abraham who makes his second directorial with I Saw the Light after 2008’s Flash of Genius. Abraham sought to make a film in the spirit of such Bob Fosse ’70s renegade showbiz pics like All That Jazz and Lenny, not to mention, having grown up three hours from Nashville in Louisville, Kentucky, the story of Hank Williams was one that was close to the filmmaker’s heartland.

“I got caught up in Hank’s story. He died at 29, wrote all these songs, divorced the same woman twice, married a 19-year old right after recording ‘Your Cheatin’ Heart’. I thought what an amazing story. He was in the public domain, and I just started writing the script,” said Abraham.

Fun fact: Though the duo of Tom Hiddleston and Elizabeth Olson respectively star as Loki and Scarlet Witch in the Marvel cinematic universe, their work on the comic book films isn’t responsible for bringing them together on I Saw the Light.