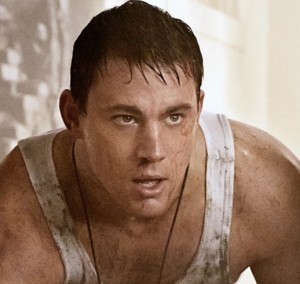 After starting out as a model and music video dancer, actor Channing Tatum shot to stardom as the star of Step Up, a classic high school romance set in the world of competitive dance that gave the unknown Tatum a chance to prove that he had more to offer. From there, Tatum enjoyed another teen success with She’s the Man, before unveiling surprising acting chops in the acclaimed coming-of-age drama, A Guide to Recognizing Your Saints. He went on to a prominent role in the war drama Stop-Loss, and big budgeters Public Enemies and G.I. Joe: The Rise of Cobra, before wooing the ladies with a romantic lead in the adaptation of the Nicholas Sparks novel, Dear John. The busy actor began landing bigger and better roles, starring in the Roman-era drama The Eagle, appearing alongside Al Pacino in The Son of No One, and joining a top-notch cast for Steven Soderbergh’s gritty action thriller Haywire. By the time he starred in  the highly successful action comedy 21 Jump Street, Tatum had carved out a promising career playing physical characters with a believably sensitive bent. His role as the title character in Magic Mike caused quite a few ladies to run wild with excitement.  Catch Tatum in the trailer for his the upcoming film, Jupiter Ascending