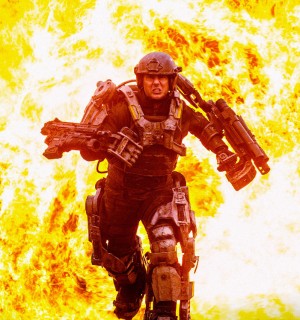 Cruise set a 10-year deadline for himself in which to build an acting career. He left school and moved to New York, struggling through audition after audition before landing an appearance in 1981′s Endless Love, starring Brooke Shields. Around this same time, he snagged a small role in the military school drama Taps (1981), co-starring Sean Penn.His role in Taps was upgraded after director Harold Becker saw Cruise’s potential. His performance caught the attention of a number of critics and filmmakers. In 1983, Cruise appeared in The Outsiders , directed by Francis Ford Coppola. He starred alongside Emilio Estevez, Matt Dillon, and Rob Lowe—all prominent members of a group of young actors the entertainment press dubbed the “Brat Pack.” The film was not well received, but it allowed Cruise to work with an acclaimed director in a high-profile project.
His next film, Risky Business (1983), grossed $65 million. It also made Cruise a highly recognizable actor—thanks in no small part to a memorable scene of the young star dancing in his underwear.In 1986, after a two-year hiatus, the budding actor released the big-budget fantasy film Legend, which did poorly at the box office. That same year, however, Cruise’s A-list status was confirmed with the release of Top Gun, which co-starred Kelly McGillis, Anthony Edwards, and Meg Ryan. The testoterone-fueled action-romance, set against the backdrop of an elite naval flight school, became the highest grossing film of 1986.Cruise followed the tremendous success of Top Gun with a string of both critically acclaimed and commercially successful films. Cruise first starred inThe Color of Money (1986), with co-star Paul Newman, then went on to work with Dustin Hoffman on the hit film, Rain Man (1988). His next role as Vietnam Vet Ron Kovic in the biopic, Born on the Fourth of July (1989), earned Cruise an Academy Award nomination and a Golden Globe for Best Actor.

The rolls kept coming and so did the accolades. Cruise has been one of the most profitable actors in Hollywood since the mid-80′s. His latest film, Edge of Tomorrow took in $62 million in its opening weekend and has gained steam from word of mouth since. Here is a clip below: