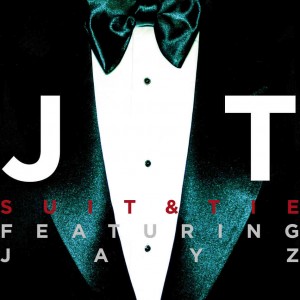 Finally, Justin Timberlake is back! Unveiling his newest single, “Suit & Tie” — the first since 2007, the star pays homage to vintage eras of music in a song that is completely new today. And clocking in at 5:27 minutes, “Suit &Tie” is certainly a lot of song to try on.

“Suit & Tie” also features rapper Jay-Z — though his wife and other rumored collaborator, Beyonce, is nowhere to be found on the track. The song discusses Timberlake’s desire to show his woman (new bride Jessica Biel?) a few things about love, and that because of his suit and tie, he is impossible to resist.

“As long as I got my suit and tie, I’m-a leave it all on the floor tonight,” he sings in the lyrics. “All pressed up in black and white, and you’re dressed in that dress I like.”

True, the singer favors any era — the Jazz Age, early-1960s Motown, you name it — in which formal wear ruled. Timberlake is reminding us that as quickly as music moves today, great style persists.

Jim Farber of the New York Daily News wrote that the song is in the “classic” style of Curtis Mayfield, yet “isn’t in any way conventionally retro.” The song “floats along” like a song from The Whispers, but according to Melinda Newman of HitFix, record producer Timbaland’s production manages to pay homage without sounding dated. Lyrically, the song is an ode to the joys of “being handsome and well-dressed.”

Listen to and watch “Suit & Tie” and decide for yourself if you think it’s a new classic.