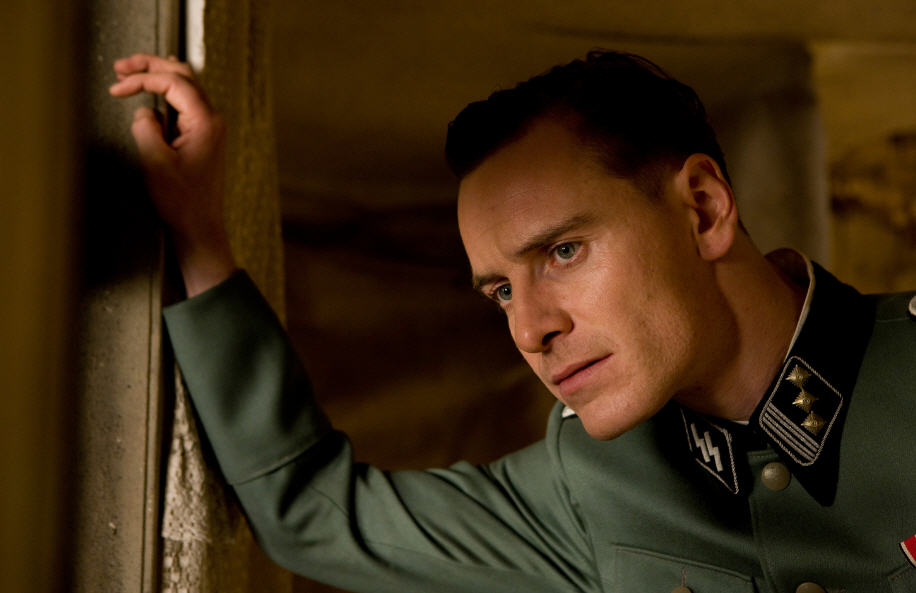 It’s hard to fathom, but Michael Fassbender has only been working, really working, for eight remarkable years. Ever since director Steve McQueen saw what a decade’s worth of casting directors didn’t and chose him to play Irish hunger-striker Bobby Sands in 2008’s Hunger, his career has been in the Hollywood fast lane. The first time Fassbender appears in Hunger, his character is being forcibly stripped and washed. Fassbender is thrashing and naked, howling with the fury of a guy who’d pretty much given up on basic human vanity, let alone a career. He was 31 then and had no reason to think the next ten years of his life would be any more fruitful than the prior ten, most of which he’d spent behind a bar as a bartender.

“I had already been turned down by two drama schools,” Michael Fassbender, who grew up in Ireland, explained to a New York Times reporter. He was 19 then, and that rejection led him to London to try his luck auditioning for the Drama Centre there. He was accepted, but later dropped out stating, “In drama school, they don’t think of movies as a pure form like theater, and it’s films that I love most. There’s an intimacy in movies — I wanted to have the same impact on others that movies had on me. “ 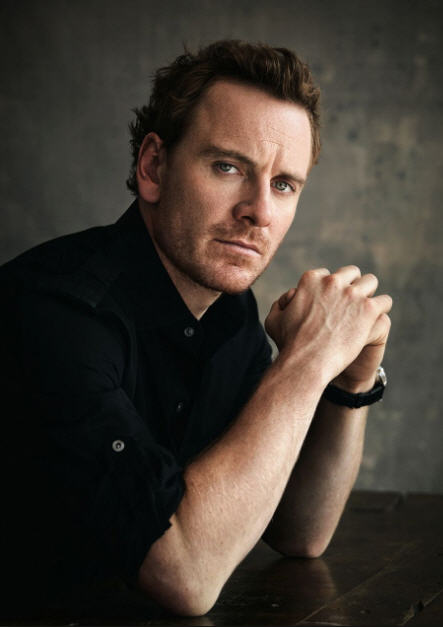 It’s difficult to imagine that before 2007, although Fassbender had played small parts in television and film, arguably his most well-recognized role had been as a man who swims across the Atlantic Ocean to apologize to his brother over a pint in a Guinness commercial. Since 2007, Fassbender has starred in three Steve McQueen films, and has been sought after and worked with directors such as David Cronenberg, Cary Fukunaga and Ridley Scott; he had an especially glorious bit in Quentin Tarantino’s ‘‘Inglourious Basterds.’’ Today, Fassbender is both Magneto in the ‘‘X-Men’’ series, a darling of critics and intellectuals, and starring as the ultimate icon of inventiveness and imagination, Steve Jobs.

His latest role, takes him far away from a character with superpowers or super fame. In The Light Between the Oceans, based on the bestselling novel by M.L. Stedmen, he plays a lighthouse keeper with a dark secret.  While filming the movie, he met and fell in love with his co-star Alicia Vikander, a Swedish actress and dancer, who had just won a best supporting Oscar® for her role in The Danish Girl. 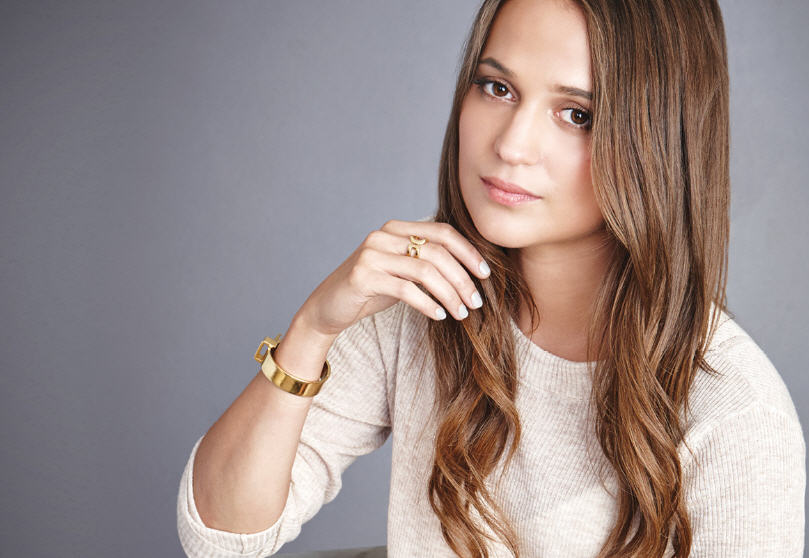 The 27-year-old actress, who now lives in London, shot from relative obscurity to international superstardom with four major films in just 12 months—Testament of Youth, Ex Machina, The Man from U.N.C.L.E., and The Danish Girl. She’s both a muse to modern fashion designers—a year ago she became the new face of Louis Vuitton—and a dream for costume designers doing lush period dramas.

Her mother, Maria, was a company member at the state theater, which provided a kind of collective creative playground for Alicia. She performed small roles there as a child. By nine, she was studying dance at the Royal Swedish Ballet School and was, almost without realizing it, on the path to becoming a serious dancer. However, the stress and her desire for perfection was too overwhelming.

She found relief in the form of acting when, at age 16, she was cast in a mini-series. But her hopes were dashed when she applied to, and got rejected by, the local drama school. Then, one day, while working at a Levi’s store, she got a call from a casting director. A Swedish film director, Lisa Langseth, was looking for a girl to star in Pure, about a deeply troubled young woman whose only solace is classical music and who falls in love with an older, rather cruel conductor. She got the part, and her performance captured the eyes of several casting directors.  It was not until Alex Garland’s script for Ex Machina landed in her lap that she had the kind of material that would make her a movie star. The plot revolved around a computer analyst charged with administering a Turing test to an alluring female android. In fact, “Is the really hot droid human?” was the central dramatic question—one that any actress would love to sink her teeth into. 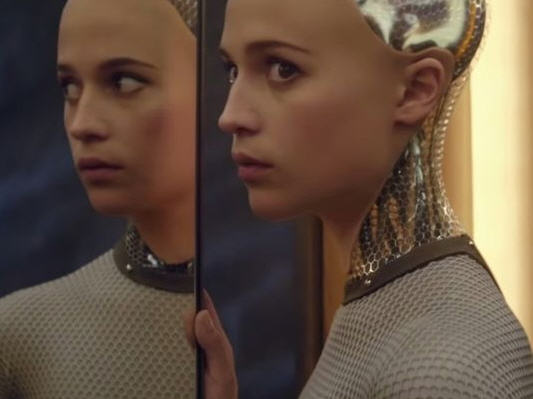 In The Light Between Oceans, Michael Fassbender and Alicia Vikander portray doomed newlyweds whose makeshift family collapses under the weight of moral dilemmas. Alicia portrays Isabel, whose whirlwind romance and marriage to lighthouse keeper Tom (Fassbender) results in heartache when she suffers two miscarriages. Their grief dissipates when a dinghy washes ashore carrying a dead man and a baby girl, whom they opt not to report to authorities and instead raise as their own daughter (Florence Clery). For years, they live in familial bliss, until a chance encounter with Lucy’s birth mother (Rachel Weisz) sends the couple into a moral tailspin.

Fortunately, the real-life couple’s love story is much rosier. It began in 2013 with a classic meeting on the dance floor during the Toronto International Film Festival, where the two were promoting their respective 12 Years A Slave and The Fifth Estate.

“We had a boogie,” Vikander remembers. “He’s a very good dancer.”

The actors reunited a year later to shoot Oceans (in theaters nationwide Friday), where their relationship blossomed on the period drama’s set in Australia and New Zealand. 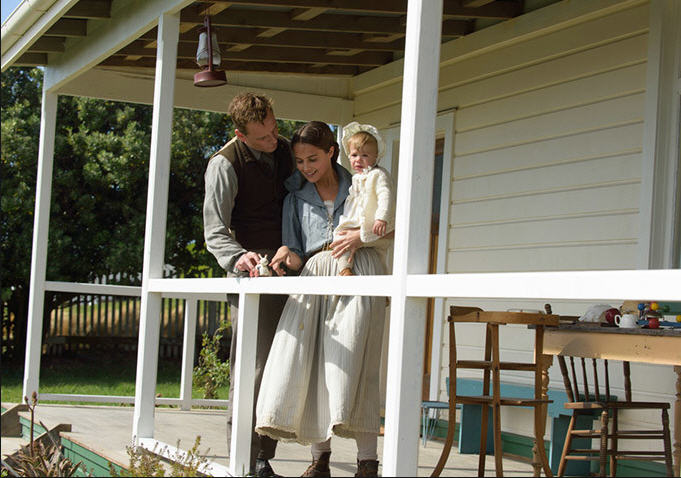 What with all the success, and the highly visible romance, Vikander has found herself the focus of public curiosity. She’s well aware that the public likes to build female stars up, only to take them down a few notches, and of the cruel power of tabloids and social media. But with her unending drive and focus to be a success that is matched only by his, the young couple has the makings of a perfect pair that can effortless combine work and play.