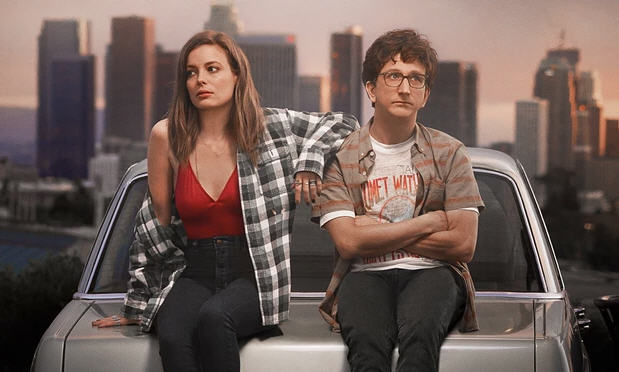 Episode to episode, there’s plenty to like about Love, Netflix’s new Judd Apatow–produced, Gillian Jacobs–led quasi-rom-com. The romantic comedy (premiering today on the streaming service, and not to be confused with the 3-D Gaspar Noe movie of the same name) is a savagely honest, frequently hilarious story about two thirty something screw-ups who use each other to fix themselves. If anything, the title often feels like a joke at the expense of its characters, whose deranged courtship reveals the maddening isolation of modern life in Los Angeles.

Mickey, played by the truly luminous Gillian Jacobs, is an alcoholic and all that entails amid the Echo Park singles scene (i.e. she makes a fool of herself at parties and has sex with many men, some of whom she treats badly). During a wholly expositional and overly wrought first episode we meet Mickey, whose job as producer of a radio self-help program works in eye-rolling contrast to her self-destructive personal life, and Gus (star/co-creator Adam Rust), an on-set tutor, passive narcissist and self-defined “nice guy” who can’t understand why his girlfriend has cheated on him. 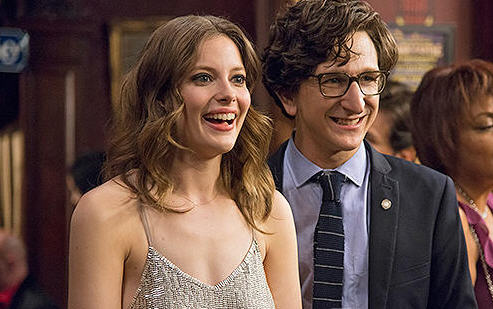 The rest of the episodes documents their courtship as a series of missteps, miscues and occasional moments of tremendous illumination (the Magic Castle episode is terrific on every level). With many Echo Park locations used as both exterior and interior, Los Angeles hasn’t looked this real since “Transparent” went to the Warehouse in Marina del Rey for drinks.

Unfolding like a five-hour Judd Apatow movie, the series has the time and patience to let us watch Gus and Mickey take two steps forward and one step back as they repeatedly crash into each other. “I think it feels like it moves more at the pace of real life,” Jacobs argues. “The show has enough time to have periods of confusion, misconnections, awkwardness — it just seems like dating is getting more complicated, and relationships don’t actually develop in a clean 90-minute arc in real life.”