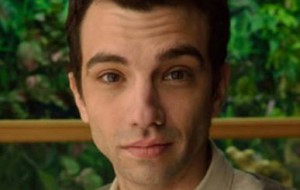 Man Seeking Woman, the comedy series starring Jay Baruchel that FX ordered to pilot earlier this year, has now taken one huge step further. FXX, the FX sister network, has given the show a ten-episode order and added the quirky half-hour comedy to its 2015 lineup. According to FX, Man Seeking Woman is “a sweet and absurd look at the surreal life-and-death stakes of dating, and centers on Josh Greenberg (Baruchel), a naive romantic on a desperate quest for love.” Along with Baruchel, the series will co-star Eric André (The Eric André Show, Don’t Trust the B– in Apartment 23), Britt Lower (Unforgettable) and Maya Erskine (Betas).

The pilot was written by Simon Rich, formerly of Saturday Night Live, and with Baruchel, who is wickedly funny, in the lead, it seems like a no brainer that this one was given a ten-episode order.

Man Seeking Woman will premiere on FXX in 2015.