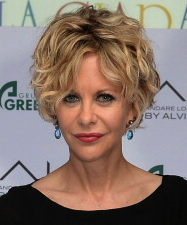 Sleepless In Seattle and When Harry Met Sally star Meg Ryan is eying a return to television as the star of an NBC comedy series. The project, now in development at the network and sister studio Universal TV, is being written by feature scribe Marc Lawrence (Miss Congeniality franchise), who teamed with the actress in the summer to work on the idea. The single-camera comedy centers on, a sunny, devoted and desperately non-confrontational single mom (Ryan) who decides to return to her New York publishing house where she was once a brilliant editor to find that she now works for Brenda, the neurotic 30-year-old boss who was once her former intern. Now she must find a way to keep her boss, her teenage kids, her almost ex-husband and her meddlesome mother-in-law all happy, which results in her over complicating every situation and somehow always making it worse. Ryan is executive producing with her manager, Jane Berliner, and Lawrence. ICM Partners-repped Ryan got her start on soap As The World Turns and co-starred on the short-lived NBC sitcom One Of The Boys before segueing to a feature career, making just a couple of TV appearances in the past two decades. Still, she had been a fixture on TV casting directors’ hot pilot casting lists and has been approached about doing pilots year after year. Similarly, Lawrence too started in TV, working on an NBC comedy series Family Ties before moving to features where he also wrote and directed Two Weeks Notice. He is repped by UTA and Robert Offer.