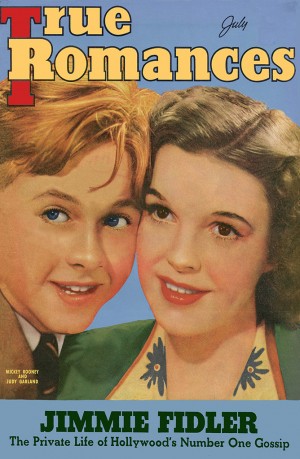 Mickey Rooney was born Joe Yule Jr. on September 23, 1920 in Brooklyn, New York and died in his Los Angeles home 93 years later. His passing marked the end of an incredible 80 year career in show business. Hands down, Rooney was the most popular and biggest box-office attraction in the final innocent prewar years of 1939, 1940 and 1941. Not because he was a dashing action hero lead or a glamorous romantic lead, but by playing a teenage boy, a character one contemporary critic called “the perfect composite of everybody’s kid brother.”

Teaming up with Judy Garland, Rooney appeared in a string of musicals, including Babes in Arms (1939) the first teenager to be nominated for an Oscar in a leading role, Strike up the Band (1940), Babes on Broadway (1941), and Girl Crazy (1943). He and Garland immediately became best of friends. “We weren’t just a team, we were magic,” Rooney once said. During that time he also appeared with Elizabeth Taylor in the now classic National Velvet (1944). Rooney joined the service that same year, where he helped to entertain the troops and worked on the American Armed Forces Network.

After the rush of stardom, Rooney was battered by a stalled career, drug and gambling addictions, bad marriages (8 in total), a failed production company and the deep financial problems they caused. He lost his hair and grew paunchy as he aged but he persevered.

He took small parts, worked in lesser movies and tried a couple of television shows. He picked up two more Oscar nominations for 1956′s The Bold and the Brave and The Black Stallion in 1979.

In 1979 he also broke through on Broadway, harkening back to his vaudeville beginnings with “Sugar Babies,” a burlesque-style revue with MGM tap dancer Ann Miller in which he sang, danced and dressed in drag. He said the role saved him from being “a famous has-been.”

Rooney won an Emmy and a Golden Globe in 1982 for the TV movie Bill, playing a mentally handicapped man trying to live on his own. He was given an lifetime achievement Oscar in 1983.

Rooney was the tireless last surviving star of Hollywood’s 1930s Golden Age, a performer always ready to make an appearance when there was a crowd waiting to applaud.