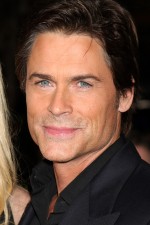 Actor Rob Lowe will star in and executive produce a pilot  for single-camera comedy The Pro, which will air on NBC. Lowe made a development deal with NBC last summer when he was finalizing his upcoming exit from Parks And Recreation. In The Pro Lowe plays a former tennis doubles champion — “Big Ben” Bertrahm — whose career flame-out and misguided investments have left him working as the pro at a tennis and golf club. He tries to hustle and charm his way back into America’s 1% at the club.