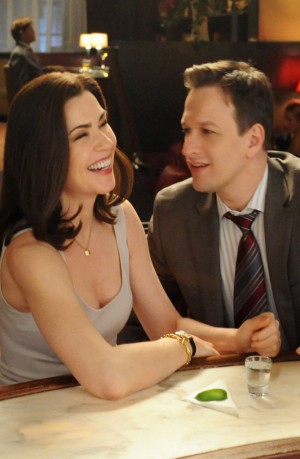 Sometimes the bonds and connections we form with our favorite TV show characters are so strong that we have trouble separating them from people we know. This is often the test of a good actor.  Fans believe you ARE the character you play.

Josh Charles is a wonderfully skilled and gifted actor who brings an “everyman quality” to several of his famous character, but he is particularly believable and deft at his most recent role as smart, arrogant, privileged Will Gardner on The Good Wife, who he has played for the last 5 years. With each season of the show, Charles’ attracted an even bigger fan following, but none of his fans were prepared for what happened in last Sunday’s episode. In a shocking season twist, Will Gardner was killed by gunfire while in court and was pronounced dead by the end of the episode.

The death was so unexpected and sudden that Robert and Michelle King, the show runners for The Good Wife, had to release a statement to the public to discuss the plot twist. “Death also created a new dramatic ‘hub’ for the show. We’re always looking for these turning points—some event midway through the season that will spin everybody’s lives in new directions. These turning points keep the show from slipping into a numbing sameness, and keep the characters fresh: because you see how they react to a completely new status quo. Will’s death in many ways becomes a hub for the whole series, violently spinning everybody in new directions.”

Charles has been quoted as saying he wanted off the show last year when his contract ended, but he was convinced to come back for another half a season based on the relationship he has with co-star Julianna Margolis (Alicia Florrick). Charles stated, “I’ve known Julianna for some time. In fact, she called me about the job at the same time that they offered it to me. She said, “Hey I’m doing this show, and there’s a cool role, and I think you’d be great for it.” I came in with a history with her. She’s just the greatest.” 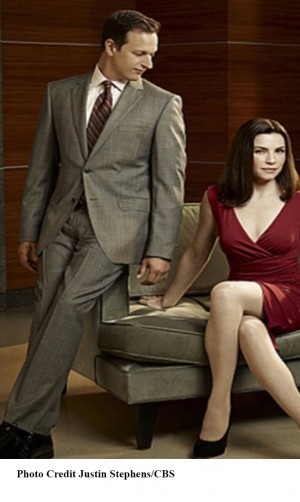 It will be interesting to see how the ratings and fans fare without Will Gardner and the sexual tension he brought to every scene with Alicia Florrick. The recent trend of killing off major characters in popular TV shows seems to be the new trend sweeping television. But the producers are confident that the backlash from fans won’t be too outrageous and that they will stick with the new storylines that have been created. Stay tuned!

Related Content: Julianna Margulies is one of our Favorite She-Roes!