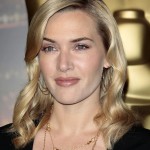 The Woman
Actress, Kate Winslet, has always made an impact in the roles she has portrayed in her career since it began in early 1990s. Possibly best known for her role as “Rose” in the highest grossing movie of its time,Titanic, Winslet has also accrued massive respect within the artistic community, starring in blockbusters as well as indie films. She was the youngest woman to gain a record six Academy Award nominations, and has won awards from other film institutions including the Screen Actors Guild, British Academy of Film and Television and the Hollywood Foreign Press Association. After her success in front of the camera, Winslet lent her voice to the HBO documentary A Mother’s Courage: Talking Back to Autism. The film featured a young Icelandic boy, Keli, who suffered from autism and the struggles his family faced in attempting to communicate with their son. After completing this project, Winslet was inspired to make a difference in the lives of autistic individuals and their families.

Her Cause
After speaking with the Keli’s mother, Margret, Winslet was deeply touched by the family’s journey to communicate with their non-verbal son. Keli, although unable to communicate verbally, would write his thoughts on a letterboard. He would write poems, one of which was titled The Golden Hat. After her experience on the documentary, Winslet created the Golden Hat Foundation (GHF), in honor of Keli and his family, to help others in need. Winslet believes that all people with autism should be given the opportunity to learn to communicate, receive suitable academic education and experience social relationships. In achieving these basic needs for autistic individuals, they can truly live a meaningful life. With Winslet’s beliefs in mind, the GHF strives to eliminate barriers for people with autism around the world, and create an environment that recognizes these individuals are intellectually capable. In addition, the GHF creates a supportive social community for those with autism, where they can interact within a positive environment, as well as receive education and job training.

What You Can Do
Winslet encourages others to empower those with autism, because everyone deserves the chance to glow! You can help by visiting thegoldenhatfoundation.org. The website recommends ways you can take action, such as donating to the cause, sharing the site with your social networks and sponsoring a fundraising event for the Golden Hat Foundation.