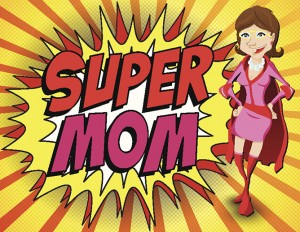 Who said being a mom is a limiting career? These power moms prove that a lot can be accomplished while being a mother. Here’s six of the most powerful, inspiring, and badass moms in the celebrity realm who are using their status to change the world and offer up a new kind of role model for every woman. So, here’s to all the awesome mom’s around the world; may your awesomeness be passed on from generation to generation. Queen B, winner of 20 Grammy Awards and named one of the best-selling music artists of all time, is also a mom. She is a self-described “modern-day feminist” and has helped aid initiatives supporting victims of natural disasters, including Hurricane Katrina and Hope for Haiti Now. Is she even human? A Burmese opposition politician, chairperson of the National League for Democracy in Burma, and mother of two. Kyi is an unbelievably strong and internationally recognized woman who has pushed for democracy, peacefully, in Burma despite gigantic obstacles. She has too many achievements to rattle off, but up one of the biggies was being awarded the Nobel Peace Prize in 1991; she used the prize’s 1.3 million USD to establish a health and education trust for the people of Burmese. Now that’s some serious admirability. She’s one of the highest paid actresses in Hollywood, a political activist, humanitarian, and mother of six children. Jolie has traveled to war zones, refugee camps, and several third-world countries to advocate for human rights. She has also undergone a preventative double mastectomy in which she has said, “On a personal note, I do not feel any less of a woman. I feel empowered that I made a strong choice that in no way diminishes my femininity.” Sandberg (who recently lost her husband) is the Chief Operating Officer of Facebook and became the first woman to serve on FB’s board—oh yeah, and she’s a mother of two. Sandberg has been honored with several recognitions including Fortune Magazine’s “Most Powerful Women in Business” and Wall Street Journal’s “Women to Watch.” She also advocates for equal representation of women in leadership positions and has co-campaigned “Ban Bossy.” You go, girl! Ms. Tina Fey is a charity spokeswoman, mother of two, winner of eight Emmy Awards, two Golden Globes, and successful author—to name a few accomplishments. Her book Bossypants was on the New York Time’s Best Seller list for five weeks. She also advocates for autism education, to end global hunger, and to end violence against children. Who doesn’t heart Tina? Co-founder and former CEO of Apple Inc and mother of three, Ms. Jobs is the widow of Steve Jobs and ranked the 29th most powerful woman in the world by Forbes. Jobs has founded Emerson Collective, which advocates for education and immigration reform, social justice, environmental conservation, and also co-founded Board of College Track, which prepares disadvantaged high school students for college.