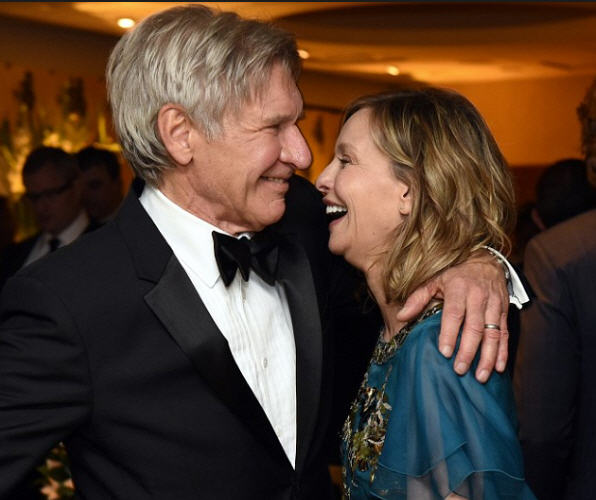 Age is just a number, especially in Hollywood. We’ve rounded up our favorite celebrity couples who have serious age gaps. But, really, when you love someone who cares how old they are! 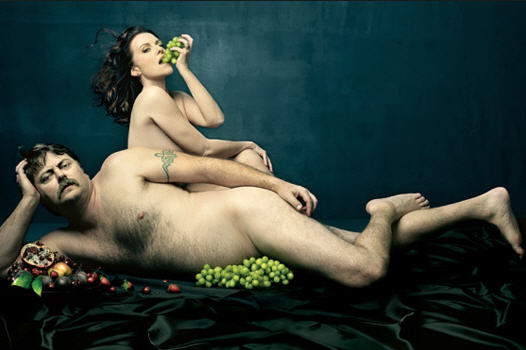 This amazing couple meet back in 2000 and their 12 year age gap doesn’t mean a thing! Megan Mullaly (who is older) and Nick Offerman have two dogs, a wonderful marriage and they played one of our favorite onscreen duos as well. Megan and Nick played Tammy and Ron on the hit TV show Parks and Recreation. These two lovebirds may win the award for funniest couple ever! 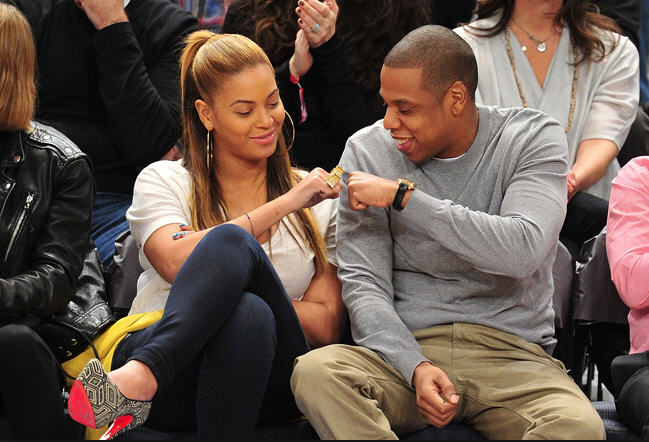 Talk about a power couple! Jay-Z is 12 years older than his phenomenal wife Beyonce. The two met when Beyonce was only 18 years old. The singing duo are now totally in love, but it was not love at first sight. Beyonce was “not impressed” by Jay-Z’s rapper status when they first met. Lucky for us, Jay-Z didn’t give up and they two now have a beautiful daughter, Blue Ivy, together. As well as the big announcement they are having twins!

Related: Cinderella Vs. Beyonce: What Would They Do If He’s Still Friends with His Ex? 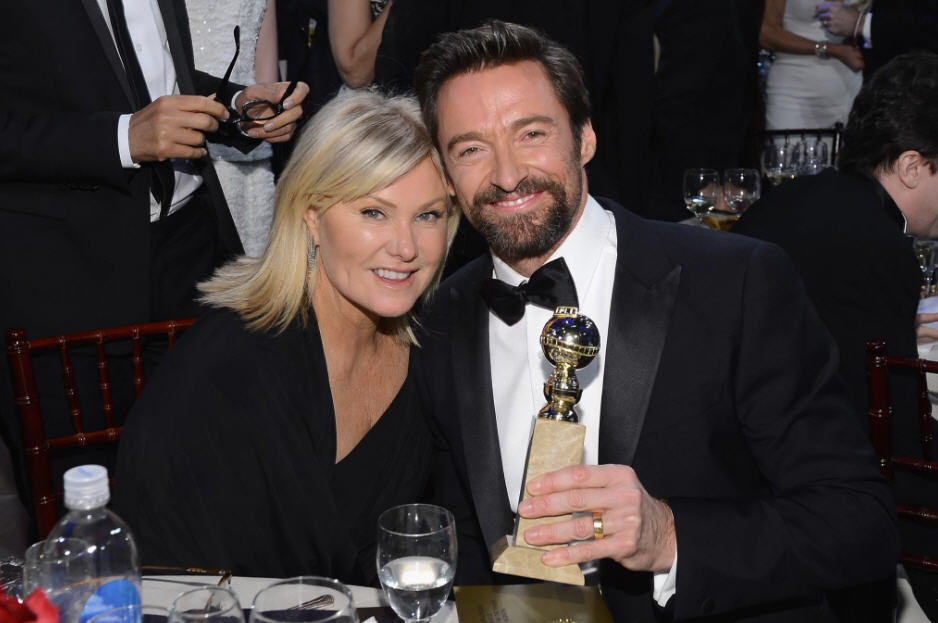 Austrialian’s hottest leading man (so, so hot) met his 13-years-older wife, Deborra Lee-Furness when he was only 26 years old. Today, the red-hot couple has two kids (who they adopted) and will be married 21 happy years this April! Seriously, these two are so cute. Hugh is totally in love with his wife… he even admitted that he calls her 10 times a day! 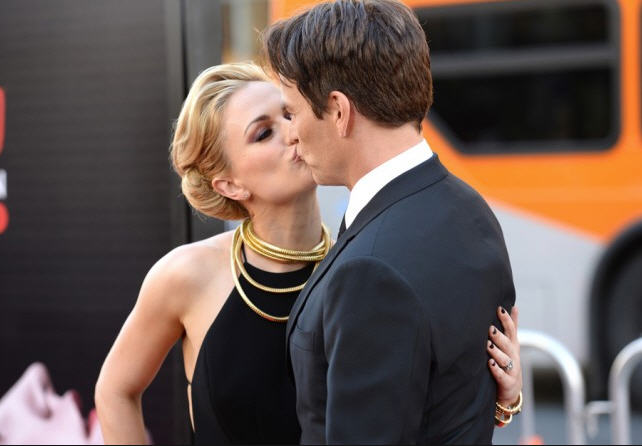 True Blood costars, Anna Paquin and Stephen Moyer (who are 13 years apart) get to see each other every day. Clearly it isn’t always a bad idea to date a coworker! Before their auditions in 2008 for the hit TV show True Blood, the couple met in the hotel-and it was love at first sight! The vampire couple (well, Stephen plays a vampire on TV) are married with a set of boy-girl twins. This famous couple is one of our absolute favorites. 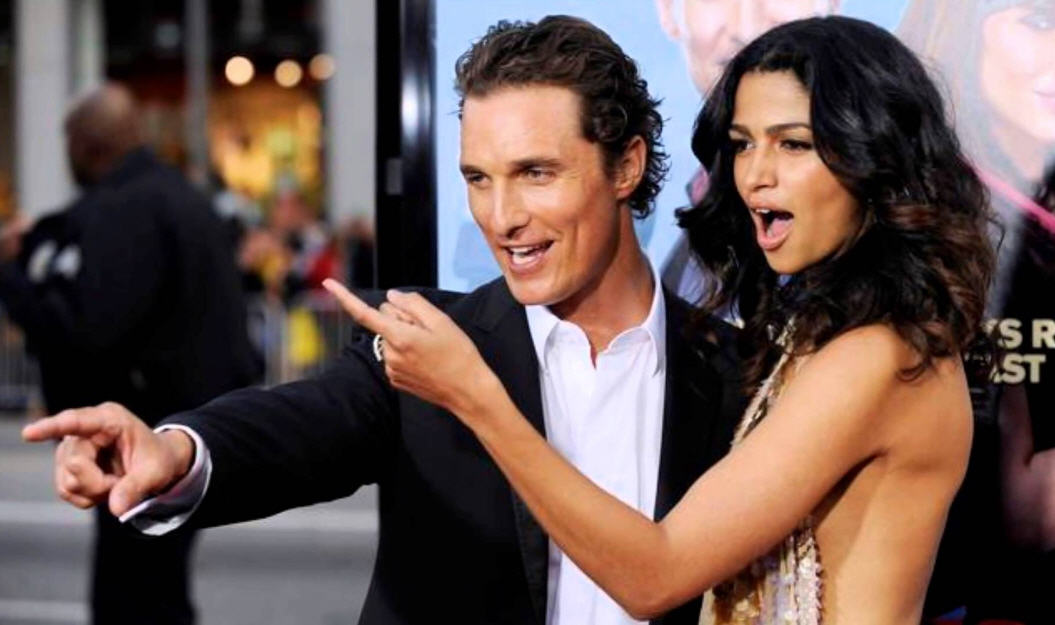 They met at a bar? Yes, it’s true. Oscar-winning actor Matthew McConaughey met his wife at a bar in Hollywood. Matthew was hanging out with his BFF at the time, Lance Armstrong, when he spotted the Brazilian model. Six years later, the couple got hitched in Texas. The duo, who have a 14 year age gap, even had fancy tents for their guests to stay in. In addition to their amazing dynamic as a couple, they are now parents to three totally-adorable kids named Levi, Vida and Livingston.

Related: Dating After 40: The Hollywood Edition 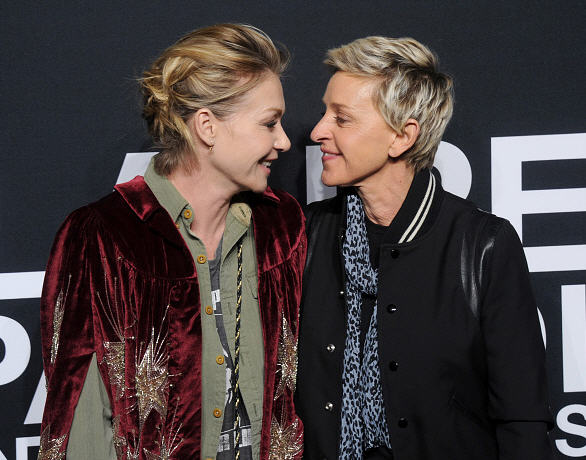 Ellen DeGeneres has always been the type of person to help someone else out. When she first met Portia De Rossi (who is 15 years younger than Ellen) she was going through the roughest time of her life. Ellen stuck by her side and Portia confesses that having Ellen made her more confident than she’s ever been – aw! The blonde duo wed in 2008 and have tons of pets together. 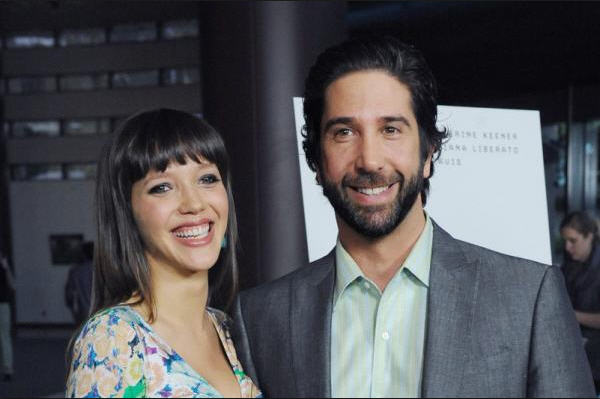 Former Friends actor David Schwimmer met his lady-love Zoe Buckman at a restaurant in London. Zoe was his waitress! Despite their 19-year age gap, the two have an amazing life together. In 2010, they got married and in 2011 they had a baby. What a fairy tale romance… meeting a celebrity at a restaurant! 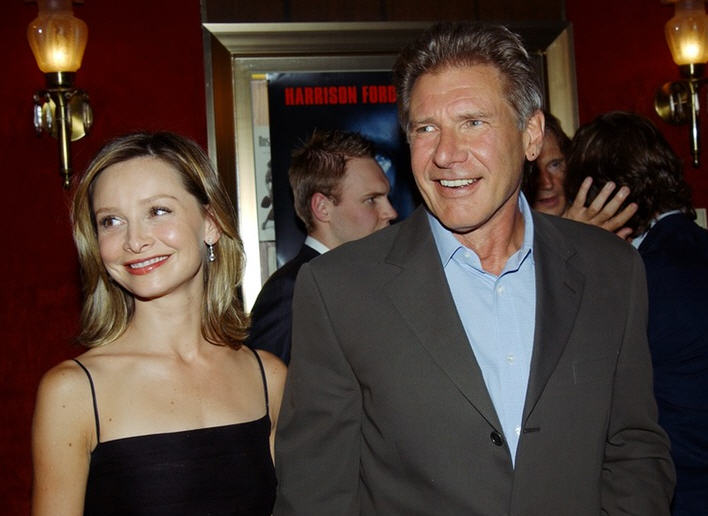 This couple might not have the largest age gap, but they are pretty close. Harrison Ford (who is 74 years old and still handsome) first talked to his wife Calista Flockhart (who is 22 years younger then him) at the 2002 Golden Globes. Calista had just adopted her son, Liam when the famous couple first met — and Harrison jumped right into a father role. What an amazing man! 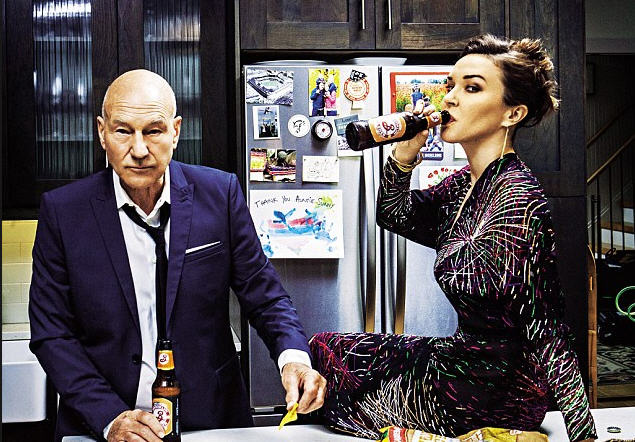 This couple takes the age gap cake (if there was such a thing). Legendary Star Trek actor Patrick Stewart married his 38-year-younger love Sunny Ozell in 2013. The lovebirds met when Patrick was in New York for work (Sunny is a New York native). The best part of the couple’s wedding? Patrick’s BFF, Sir Ian McKellen, officiated the ceremony. So sweet!