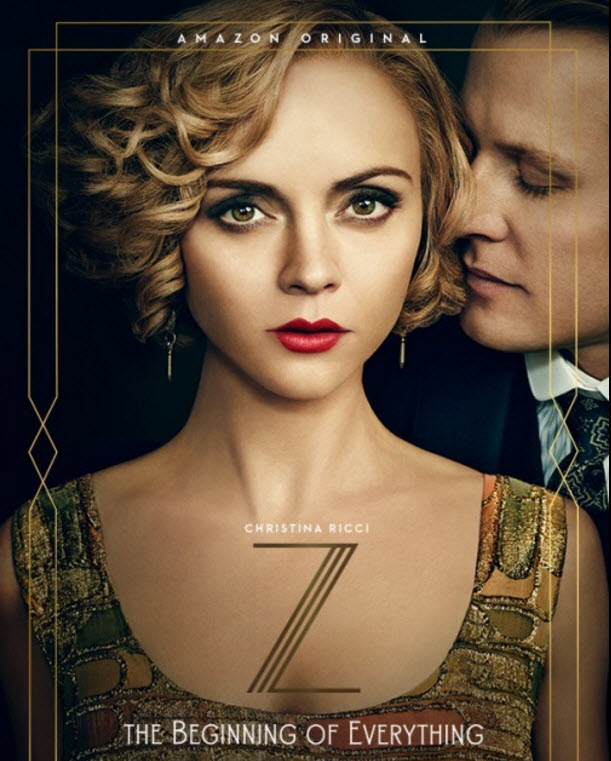 She was beautiful, impulsive, carefree, and determined to make a name for herself. Zelda Fitzgerald, the subject of a new Amazon series, was the iconic woman of the 1920s Jazz Age and the inspiration for many of writer F. Scott Fitzgerald’s female characters. Her reputation as a party girl undermined her talent and her intelligence, and her complicated, self-destructive relationship with her husband was the love story of the era.

In 1918, F. Scott Fitzgerald met and fell in love with a judge’s daughter, Zelda Sayre, and she accepted his proposal of marriage.  Five months later, though, she broke off the engagement when she realized he didn’t earn enough money for her comfort.  As Daisy Buchanan tells Gatsby in The Great Gatsby, “Rich girls don’t marry poor boys.”  So Fitzgerald set out to make as much money as he could as quickly as he could, to win back his love. (Read more about F. Scott Fitzgerald’s short stories with heroines inspired by Zelda. See a collection of those stories in F. Scott Fitzgerald’s Gatsby Girls.) 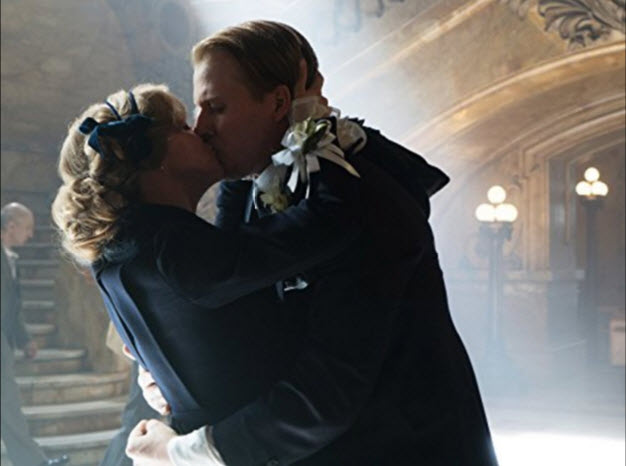 Zelda and F. Scott Fitzgerald’s marriage was a turbulent one. The warning signs were there from the beginning; the first time Fitzgerald came to the Sayre family’s home, Zelda said something to upset her father, who grabbed a carving knife and chased her around the dining room. And though he admired his wife for “her courage, her sincerity, and her flaming self-respect,” her flamboyant behavior did as much to keep the Fitzgerald name in the papers as his writing throughout the 1920s. (Read more the Fitzgerald’s lives in F. Scott & Zelda: A Marriage on Fire.) 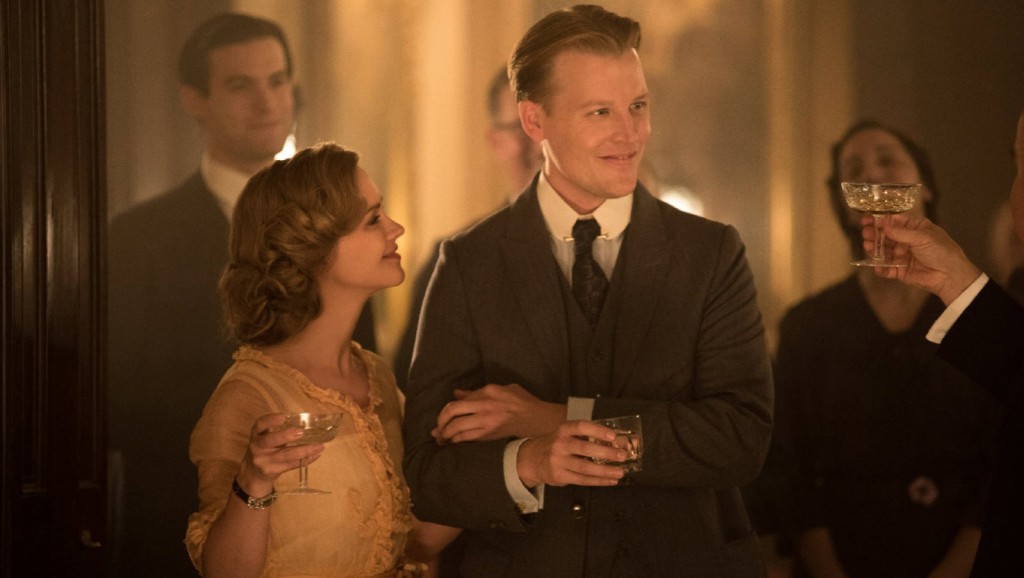 Shortly after meeting Zelda, Fitzgerald began rewriting This Side of Paradise to make the character of Rosalind more like her, and even used passages from her diary to flesh out the novel. The inspiration she gave him extended throughout his fiction, including the Saturday Evening Post stories that are collected in BroadLit’s Fitzgerald’s Gatsby Girls. As he once said, “I married the heroine of my stories.” 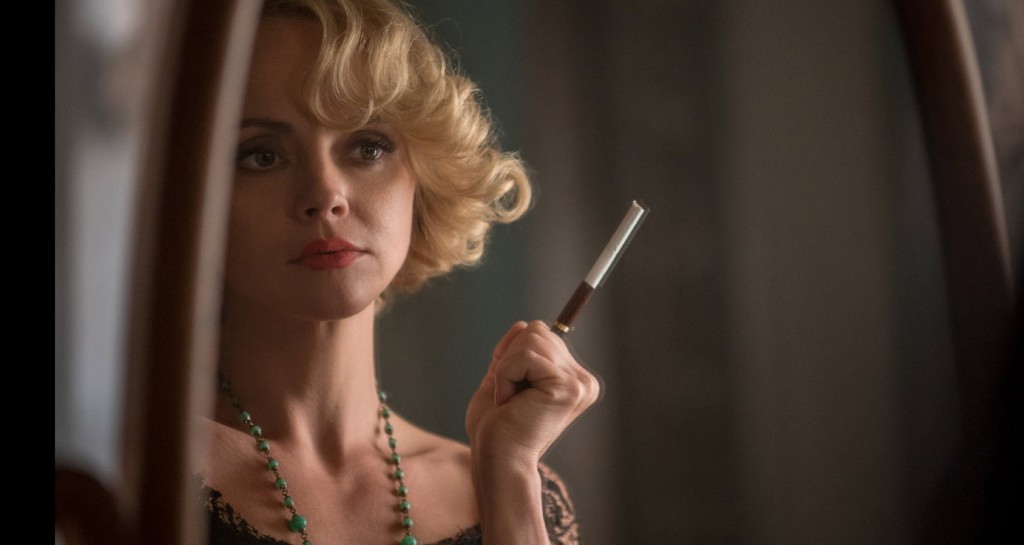 If American girls hadn’t seen any of these carefree modern women on the streets of their own provincial towns, they could be glimpsed in the stories’ illustrations: elegant, slender figures lounging around a bar or coupé, wearing loose, sleeveless dresses, cloche hats, and dark lipstick that emphasized their carefree smiles. This modern woman—who, in time, would be called the “flapper”—was no mere creation of fiction.  There was a living example, and her wild escapades were often reported in the newspaper.  Her name was Zelda Fitzgerald and her impetuous self-indulgence and irresistible charms were captured repeatedly in the stories of her husband.  “I married the heroine of my stories,” Fitzgerald said.  Nobody better represented the impulsive, fashionable, carefree American woman of the 1920s. (Read more in F. Scott Fitzgerald and His Beautiful, Independent, Tempestuous American Girls) 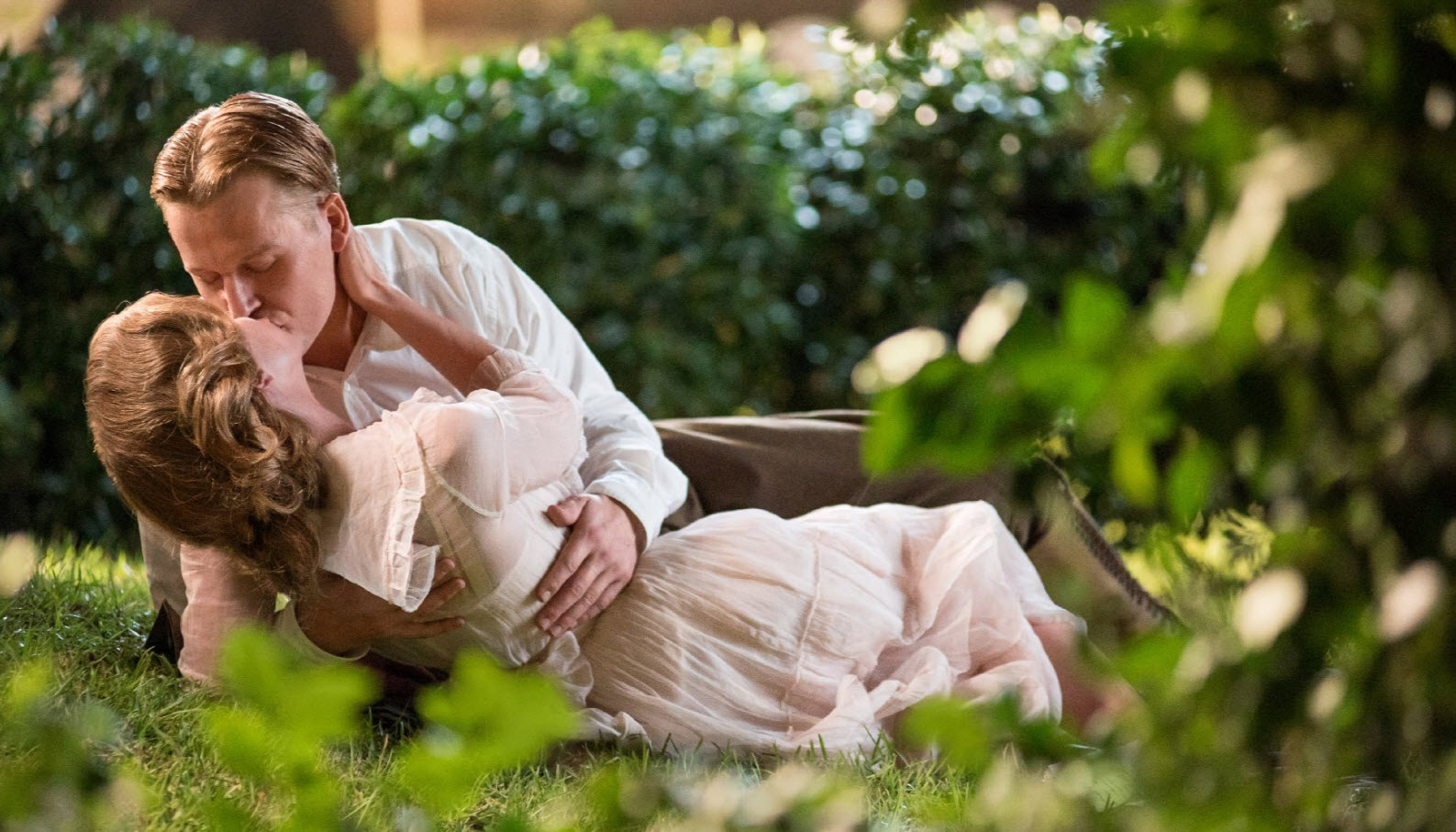 In recent years, feminist critics have done much to rehabilitate Zelda Fitzgerald’s image. She can no longer be simply dismissed as an unstable “party girl,” and the creative efforts her own husband frequently disparaged—perhaps out of jealousy—can be seen in a new light. And she remains an iconic figure for many. In the last few years, there are two new novels based on her life: Erika Robuck’s Call Me Zelda and Therese Ann Fowler’s Z, which was adapted for television and recently launched as a new series on Amazon.

Amazon’s Z: The Beginning of Everything is a fictionalized bio series of the life of Zelda Sayre Fitzgerald, the brilliant, beautiful and talented Southern Belle who becomes the original flapper and icon of the wild, flamboyant Jazz Age in the ‘20s. 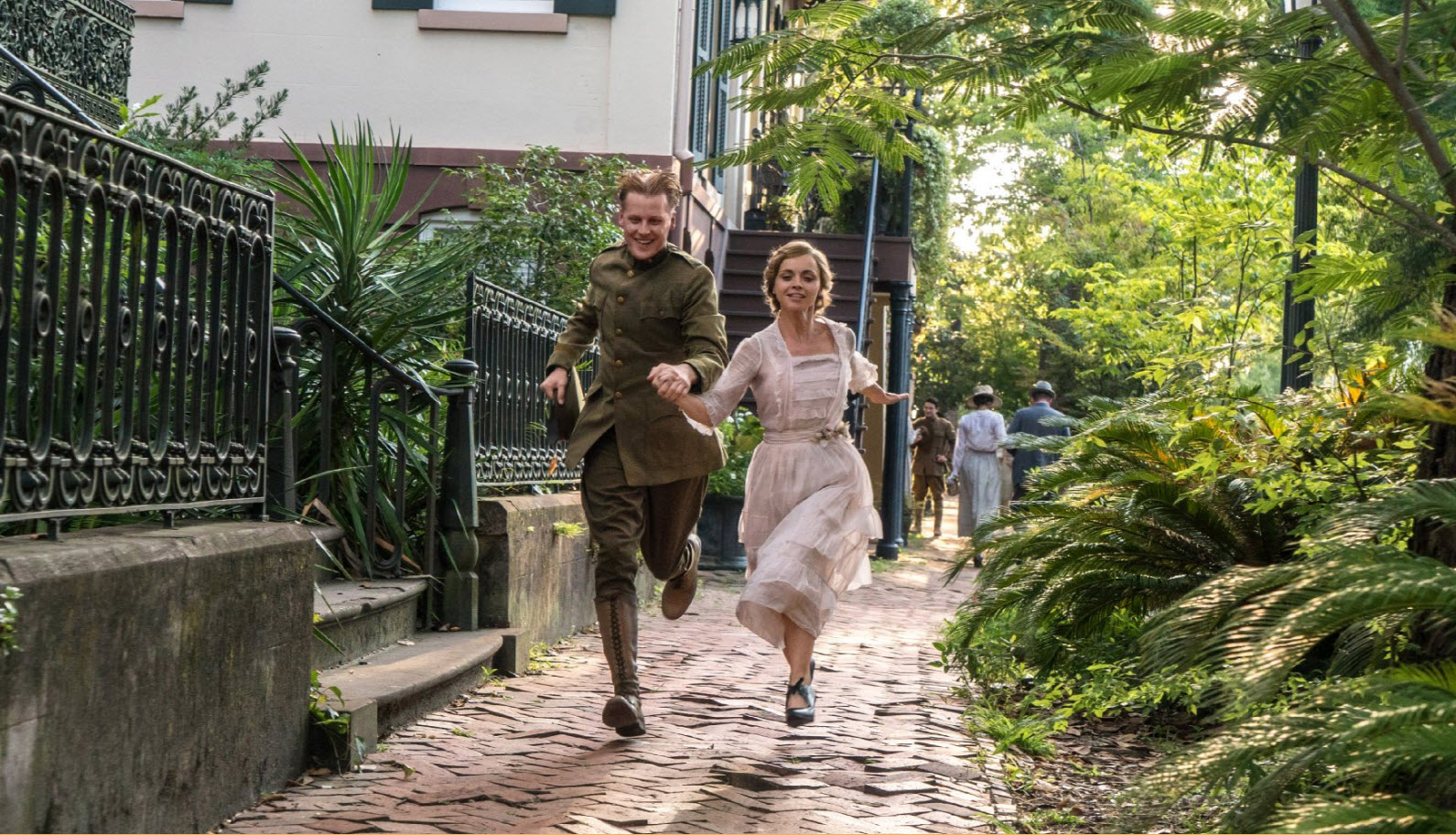 Z starts from the moment Zelda meets the unpublished writer F. Scott Fitzgerald in 1918 and moves through their passionate, turbulent love affair and their marriage — made in heaven, lived out in hell as the celebrity couple of their time. The series travels through the wild parties, the wicked jazz, the dissolute artists of the era, as well as the alcoholism, adultery and struggle with dashed dreams and mental illness that characterizes their later years. 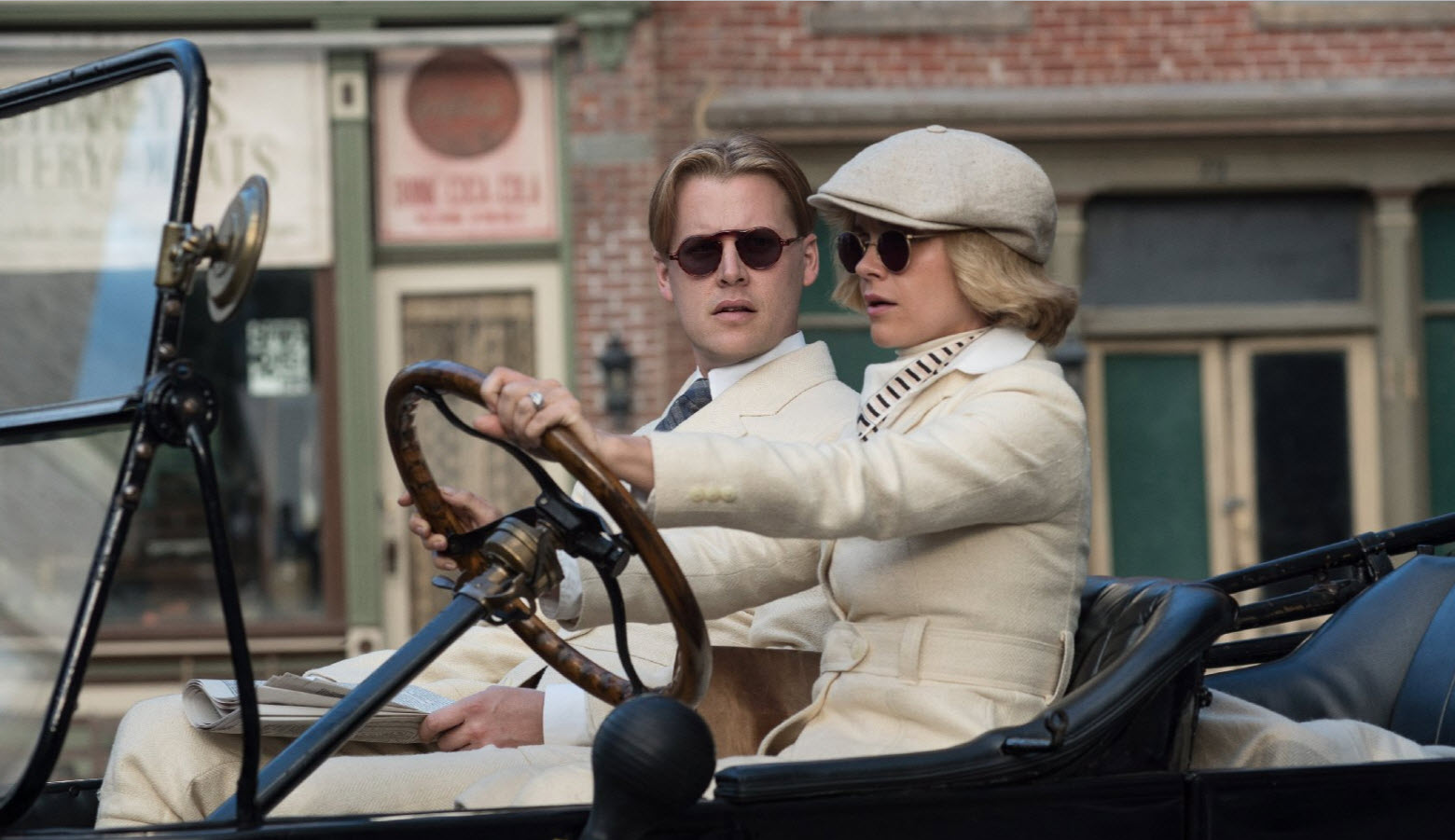 Z dives into the fascinating life of a woman ahead of her time, an artist determined to establish her own identity in the tempestuous wake of a world-famous husband. It pulls back the curtain on her triumphs and dark secrets. It’s a modern take on one of the most notorious love stories of all time, played out in salons and speak-easies from Montgomery, Alabama to the Cote D’Azur. 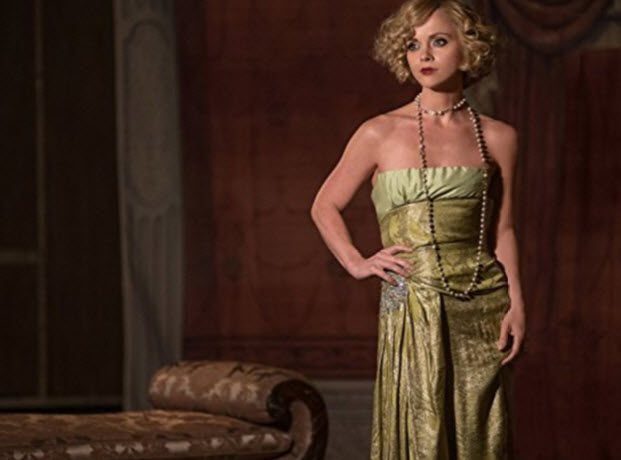 Such stories can give us a new, richer perspective on a woman previously only acknowledged as the shadow behind the characters in her husband’s fiction.

Fitzgerald’s modern tales of yearning and ambition shaped today’s fiction, but his short stories, and his Gatsby Girls, helped create today’s society and the expectations of America’s women.