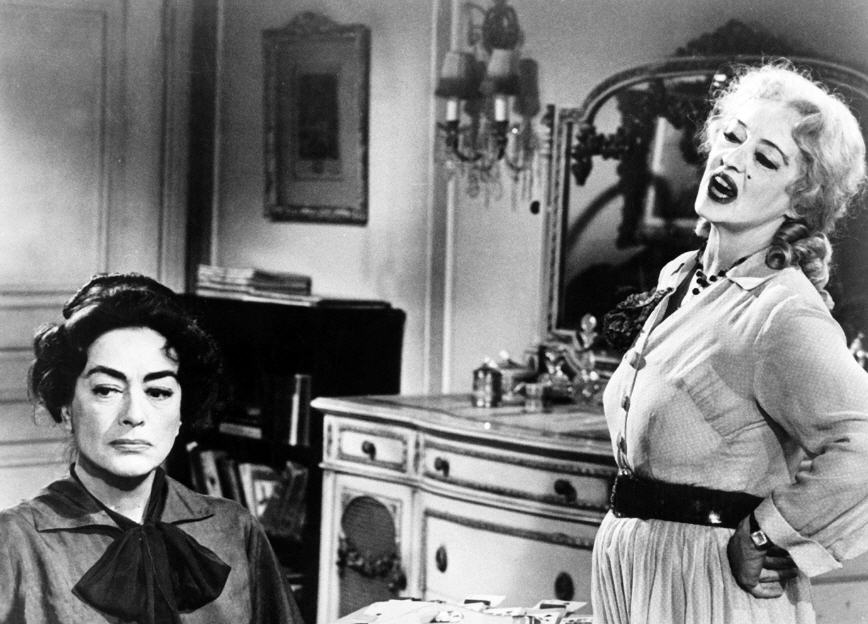 Joan Crawford and Betty Davis were not friends. This was one of the most commonly-known “secrets” in Hollywood history. Of course, they both would play nice when the cameras were rolling and Crawford even firmly dismissed any longtime enmity in a 1947 magazine article entitled “Can Women Trust Each Other?” by saying, “Why should there be a feud? I believe there is a place for every actress in this wonderful business. Certainly Bette and I don’t fear each other.” 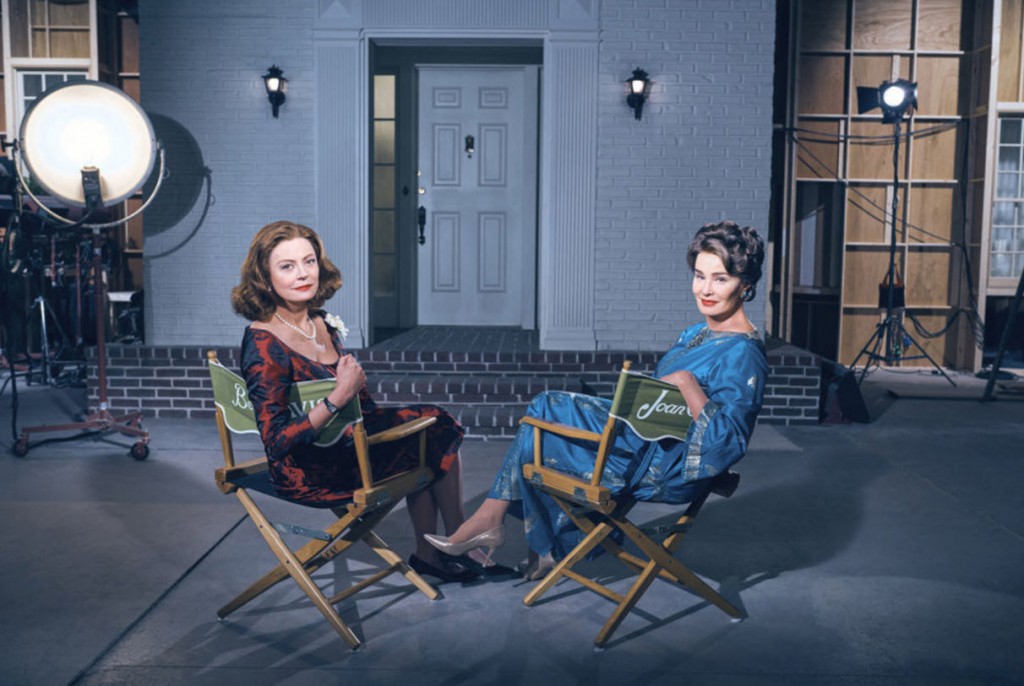 The rivalry between the silver-screen icons is the stuff of legend, a decades-long battle sparked by both professional and personal resentments and fueled by an industry that loved nothing more than to see its women tear each other apart. Much of their fighting played out as back-and-forth sniping in the tabloids, though Crawford was always less openly hostile than Davis, whose iconic burns include the classic: “[Crawford] slept with every male star at MGM—except Lassie.” 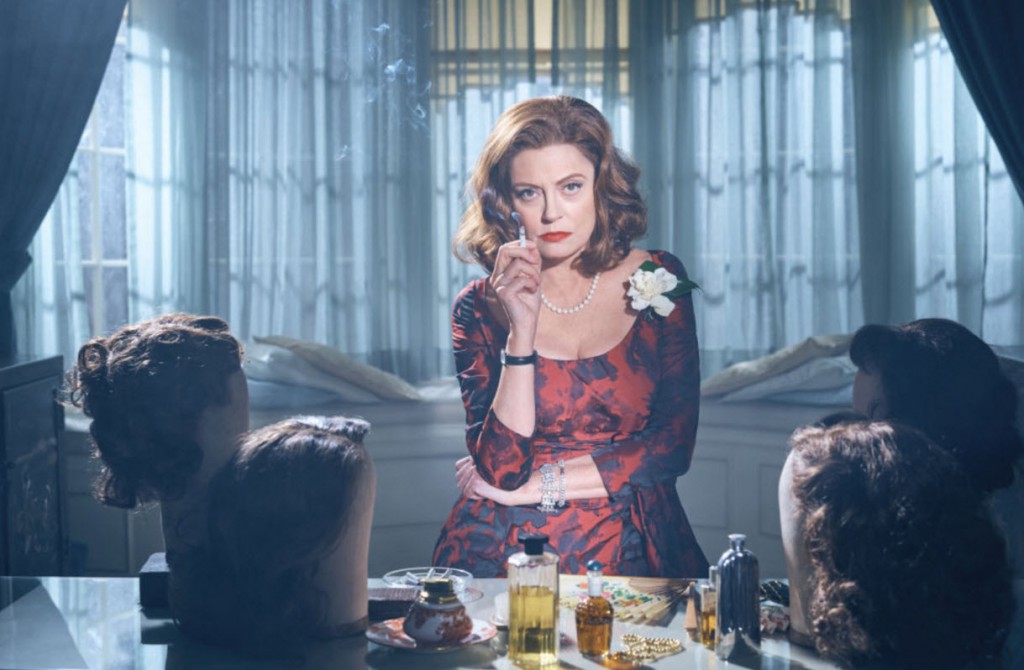 The premise behind FX and Ryan Murphy’s latest anthology series, Feud, which premieres on March 5, is so deceptively simple that it’s hard to believe it hasn’t already been done. Each season will see Murphy and his co-producers focus on a different famous feud—much as each season of American Crime Story tackles a real-life crime—and it’s already clear that the first set of eight episodes, subtitled Bette and Joan, will be a very tough act to follow. Susan Sarandon plays Bette Davis while Jessica Lange takes on Joan Crawford. Bette Davis: Beautiful, Gifted and Hard to Love So how did these two legendary starlets end up being the centerpieces of a four-decade long feud? 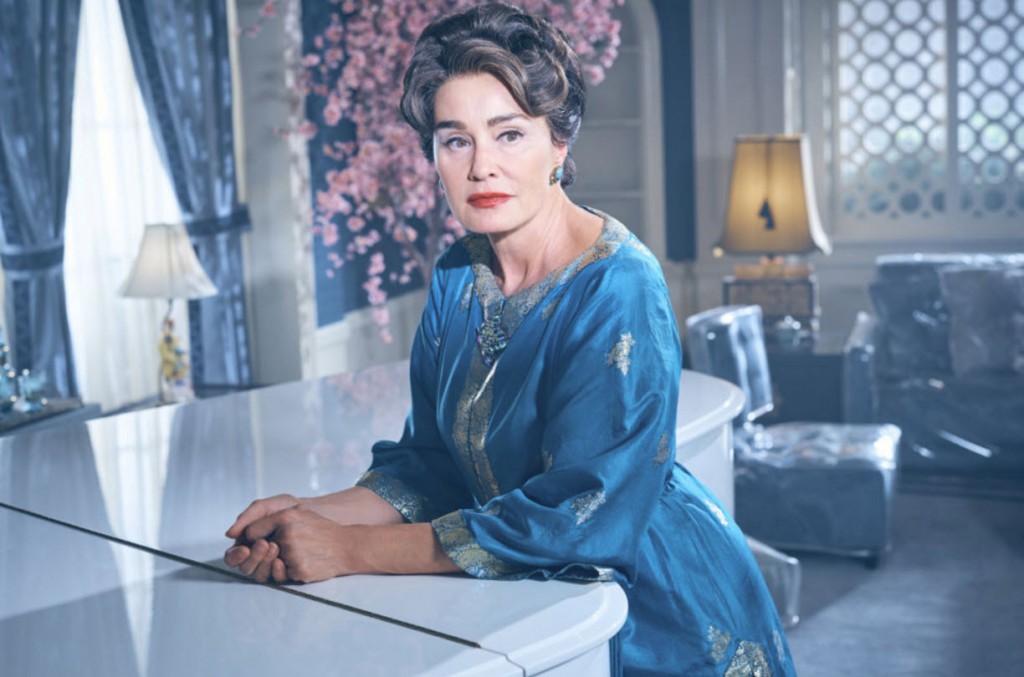 1933: It begins with Crawford’s divorce overshadowing Bette’s starring role. Crawford began her on-screen career at a younger age than Davis (Crawford made her first onscreen appearance in 1925) and was already an established star by the time Davis moved to Hollywood in 1930. In 1933, Davis had reached a pivotal moment in her still-nascent career—the comedy Ex-Lady would be the first to feature her name above the title. Warner Bros. had planned an elaborate publicity campaign announcing Davis’s new phase of stardom—until Crawford announced that she was divorcing her first husband, Douglas Fairbanks Jr., on the same day. According to celebrity biographer David Bret, The New York Times relegated Davis’s film to a small paragraph in the Review section, while devoting several pages to Crawford’s news, and other papers followed suit. Ex-Lady was dropped from theaters after a week thanks to poor ticket sales, and Davis’s beef was supposedly born. 1 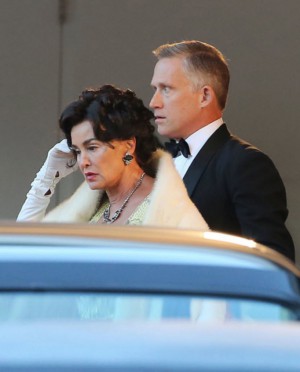 935: Joan marries the man Bette loved. “I have never forgiven her for that, and never will.” So said Davis in a 1987 interview with journalistMichaelThorton, 52 years after the defining incident in her lifelong hatred of Crawford. In 1935, Davis starred in the drama Dangerous and fell hard for her co-star Franchot Tone. “I fell in love with Franchot, professionally and privately,” she said. “Everything about him reflected his elegance, from his name to his manners.” Unfortunately, Crawford got to Tone first. Rumor has it that she invited Tone to her home and met him naked in the solarium. The couple would announce their engagement during the filming of Dangerous. “He was madly in love with her,” Davis said. “They met each day for lunch… he would return to the set, his face covered in lipstick. Davis would go on to win an Oscar for her performance in Dangerous—and yet Crawford still managed to upstage her. 1943: Joan leaves MGM for Warner Brothers and is now directly competing for studio roles with Betty. 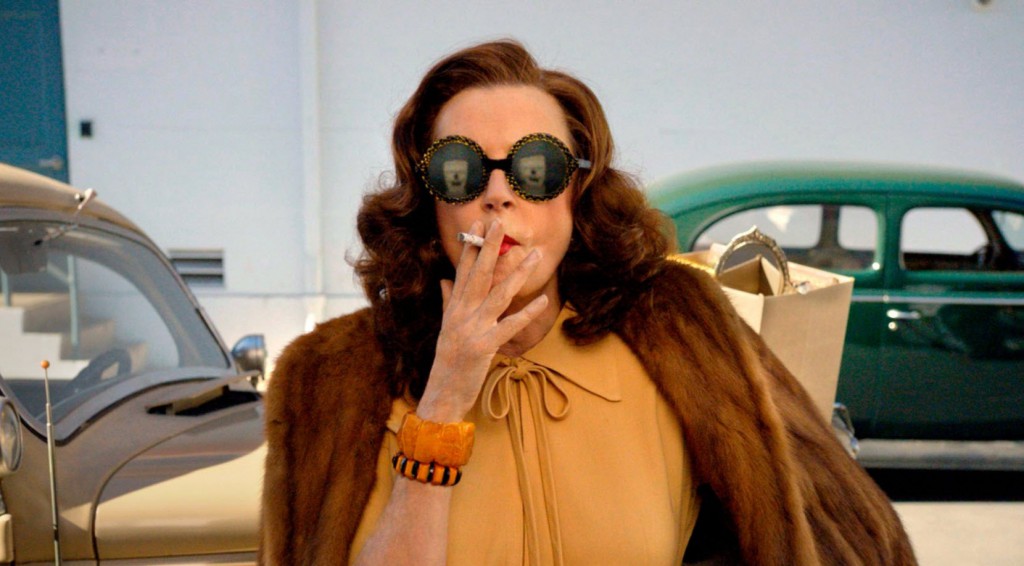 Back in the day, actors were more or less owned by a studio and couldn’t work on any other productions, unless specifically loaned out. Crawford was part of MGM and Davis was part of Warner Bros. so, even though they were competing for America’s attention, they rarely had to compete for the same roles. Until now. Crawford had her heart set on the title role in the film noir Mildred Pierce and got her wish when Davis—the studio’s first choice—turned it down. Two years later, Crawford would take another lead role originally intended for Davis, in the crime drama Possessed, and win another Oscar nomination for it. Despite Davis’s oft-quoted line “Miss Crawford is a movie star, and I am an actress,” it had become clear that the industry saw more common ground between them than Davis would like to admit. Joan Crawford: Tough, Talented, And Unlucky in Love Given the comparisons, it’s no surprise that some producers were keen to get Davis and Crawford on screen together. Their unlikely vehicle came years later when their careers were fading via the horror film What Ever Happened to Baby Jane? — about a demented former child star (Davis) who holds her crippled sister (Crawford) captive. Crawford signed on first, but knew she needed the perfect co-star to make it a career-reviving hit. Putting ego aside, she flew to New York and asked her rival to take the part. Amazingly, Davis did. 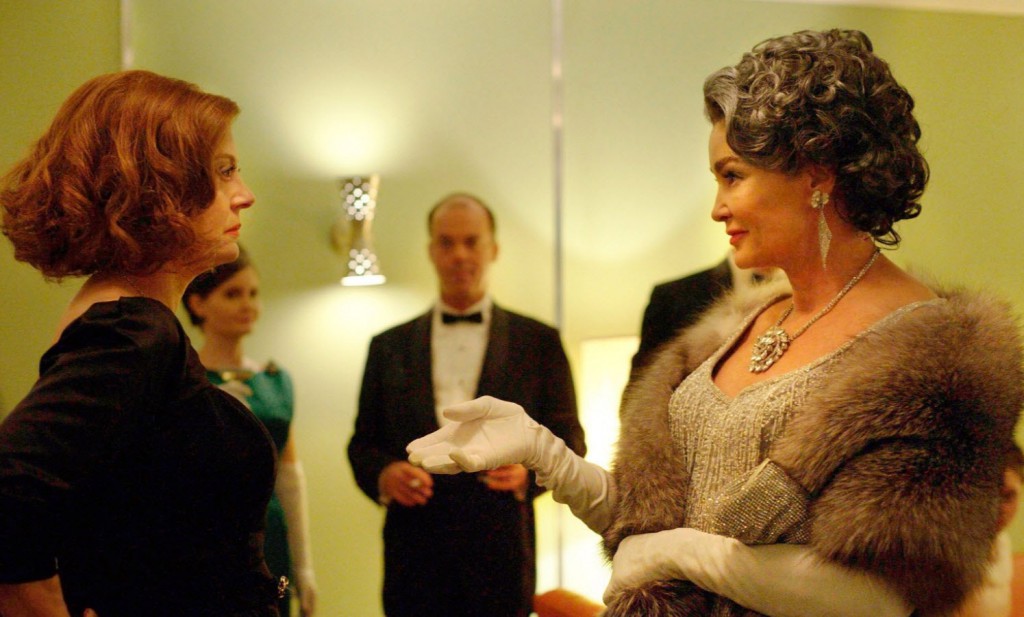 Davis agreed to sign on to Baby Jane on two conditions: that she play the title role of Jane, and that the film’s director Robert Aldrich assure her he was not sleeping with Crawford: “It wasn’t that I cared about his private life, or hers either,” Davis reportedly said. “I didn’t want him favoring her with more close-ups.” Though the film was an unexpected box office success, and did to some extent represent the comeback that both actresses desperately needed, it became remembered most powerfully as a public document of their real-life rivalry. Baby Jane and the behind-the-scenes stories born while making this film, will all be revealed during the anthology series Feud.  Was their feud real? Or was it a media creation that Bette and Joan capitalized on? Maybe it’s a bit of both, but this Feud is not to be missed. 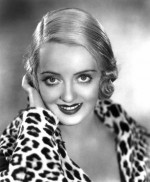 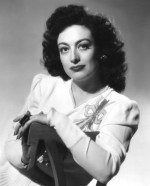