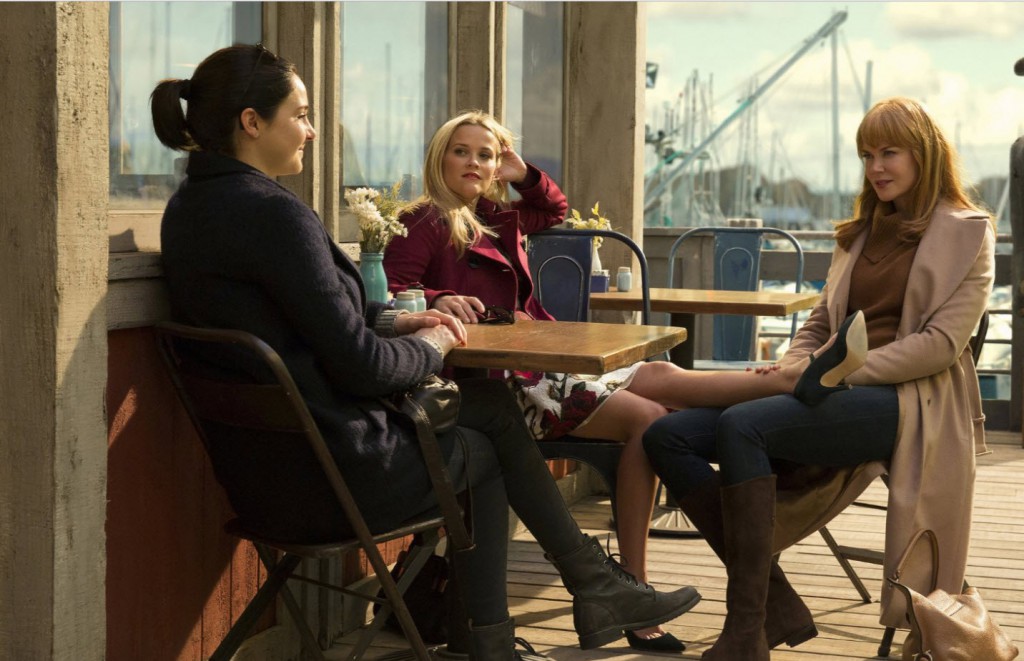 Big Little Lies (HBO, 9 p.m.), a glossy, new 7-part series about rival moms in ritzy Monterey, California, would be notable if it only had Reese Witherspoon as its star and executive producer, but it also has Nicole Kidman, who co-exec produces, Shailene Woodley, Laura Dern, Zoe Kravitz, Alexander Skarsgard, and Adam Scott rounding out the cast.

Told through the eyes of three mothers – Madeline (Witherspoon), Celeste (Kidman) and Jane (Woodley) – Big Little Lies paints a picture of a town fueled by rumors and divided into the haves and have-nots, exposing the conflicts, secrets and betrayals that compromise relationships between husbands and wives, parents and children, and friends and neighbors.

Reese Witherspoon explained what drew her to the project in the first place: “With this piece I feel like it was such a unique opportunity to have women of every age, of every color, talking about motherhood … that’s the common denominator. 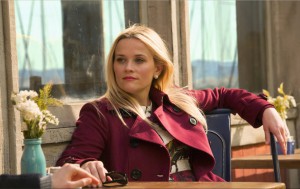 Motherhood is the great equalizer. Parenthood is a good equalizer, socioeconomically, and everything brings these five different women together in a way that they clash but they also understand and discover each other.”

The pilot (which aired last Saturday the 19th) adapted from Liane Moriarty’s novel, has high-class bickering and behind doors marital tensions, but also at the center of it is a murder that is alluded to but not fleshed out for several episodes. Not only do we not know the culprit (it could be anybody of course); we don’t even know the victim. Woodley’s character is ostensibly at the center, since she’s a young, single mom and a newcomer to town, who is trying to fit in and get along with the privileged mommy group. 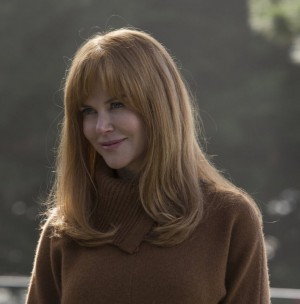 Nicole Kidman was struck by the strength and quantity of female roles in the series: “This piece for me was the story of women that I know, and it was a way which we could go to other women with five great roles that were complicated and deserve to be told. It’s very rare to find five roles in one piece that we’d all jump at a chance to play.”

Co-Exec Producer David E. Kelley (The Practice) adapted the Moriarty best-seller on which the limited series is based, with the setting changed to Monterey from Australia, with Moriarty’s blessing. Big Little Lies is really into the marriage of apparent opposites: congenial and contemptuous, beautiful and ugly, loving and abusive, big and little. Everything with these characters is simmering resentment, very low-key microaggressions, and secrets—there aren’t the big epic takedowns and glasses of water in the face one might be conditioned to expect from a story about rich housewives one-upping each other. It’s all very subtle, and for every dig, there’s a thousand self-deprecating remarks, concessions, and compliments. 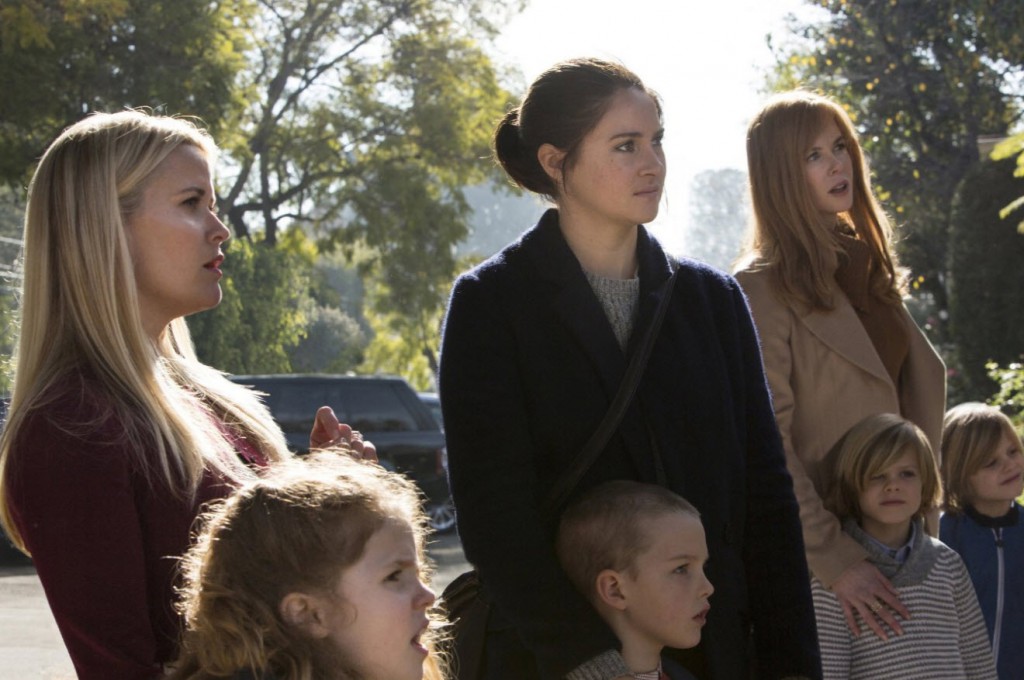 Sometimes it’s the little lies that turn out to be the most lethal…
A murder…a tragic accident…or just parents behaving badly?
What’s indisputable is that someone is dead. But who did what?

Big Little Lies follows three women, each at a crossroads: 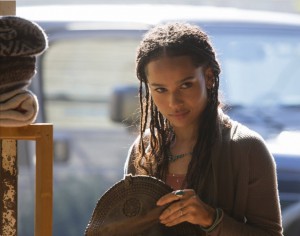 Big Little Lies is a brilliant take on ex-husbands and second wives, mothers and daughters, schoolyard scandal, and the dangerous little lies we tell ourselves just to survive.

“It’s so refreshing to spend time with all of these women,” Witherspoon added, giving a nod to her cast for the “collective performance,” going as far to say, “I really feel more strongly than anything I’ve ever done, and this is the greatest ensemble experience I’ve ever had.”

Gorgeously shot, neatly directed and beautifully acted from start to finish, Big Little Lies is an achievement in almost every way. It should get lots of Emmys, unless its superstar leads cancel one another out.