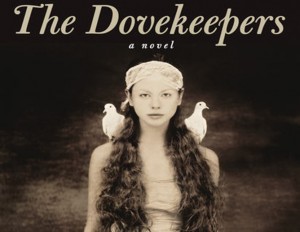 CBS is gearing up for a four-hour miniseries based on Alice Hoffman’s historical novel The Dovekeepers. The mini, set for 2015, hails from exec producers Roma Downey and Burnett, the married creative team behind History’s Emmy darling The Bible and Fox’s upcoming feature follow-up, Son of God.

The Dovekeepers, first published in 2011 by Simon & Schuster imprint Scribner, is aNew York Times best-seller and was hailed by Nobel laureate Toni Morrison as a “major contribution to 21st century literature.”

The story takes place nearly two thousand years ago and tells the story of nine hundred Jews who held out for months against armies of Romans on Masada, on a mountain in the Judean desert. According to the ancient historian Josephus, two women and five children survived. Based on this tragic and iconic event, Hoffman’s novel is a spellbinding tale of four extraordinarily bold, resourceful, and sensuous women, each of whom has come to Masada by a different path

Although Downey calls The Dovekeepers a story of hope, and perfect for these times, she acknowledged it’s steeped in tragedy — describing a scene in which one of the women standing at the edge of the fortress sees a plume of smoke and “comes to the awful realization it’s the Roman army come for these 900 people — thousands of them” and their gradual realization that their initial sense “no one was ever going to be able to reach them…turns into a nightmare.”