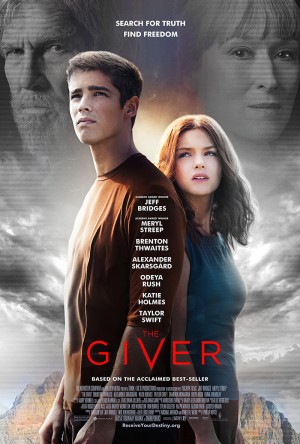 The Giver is a 1993 American children’s novel by Lois Lowry that has been adapted for the screen. It is set in a society which is at first presented as a utopian society and gradually appears more and more dystopian. The novel follows a boy named Jonas through the twelfth year of his life. The society has eliminated pain and strife by converting to “Sameness,” a plan that has also eradicated emotional depth from their lives. Jonas is selected to inherit the position of Receiver of Memory, the person who stores all the past memories of the time before Sameness, in case they are ever needed to aid in decisions that others lack the experience to make. Jonas learns the truth about his dystopian society and struggles with its weight.

The Giver won the 1994 Newbery Medal and has sold more than 10 million copies. In Australia, Canada, and the United States, it is a part of many middle school reading lists, but it is also on many challenged book lists and appeared on the American Library Association’s list of most challenged books of the 1990s.

You can watch the trailer for the film here:

Deadline Hollywood sat down for a Q&A with director Phillip Noyce (Salt, Clear and Present Danger) and author Lois Lowry.

DEADLINE: What concessions did you grant to how movies have changed in the two decades since the book published?

LOWRY: It was important to add some action, which they’ve done. The drone swoops down and grabs the boy and the baby, and that doesn’t happen in the book. But I wrote it 21 years ago and I don’t think I adequately addressed in my mind what the planes, and bicycles, and houses of the future would look like. I was envisioning something at that time. The movie amped that up into an appropriately futuristic visual look.

Everyone in the novel sees the world in monochrome except two people. That’s The Giver and The Receiver, the characters played by Jeff Bridges and Brenton Thwaites. The color scheme follows the restricted and gradually expanding perception of the central character Jonas as a colorful world is opened up to him by his teacher.