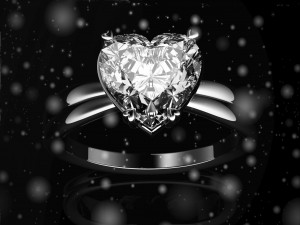 Have you ever wondered how the diamond engagement ring came to be the most popular stone for couples? And where this trend came from?

For centuries, a diamond engagement ring has been the ultimate symbol of everlasting love and commitment, and it’s unmatched strength and beauty has made it the most popular choice. However, when did this “marriage” of love and diamonds begin?

The Romans are believed to be the first to wear an engagement ring on the third finger of the left hand. There are a few theories as to the reasons for this choice of finger, including one that suggests it is because there is a vein from the heart that extends down to this finger, and hence, this finger leads straight to the heart. The tradition of using a diamond in an engagement ring is believed to have originated in 1477, when the Archduke Maximillian of Austria presented a diamond engagement ring to Mary of Burgundy. 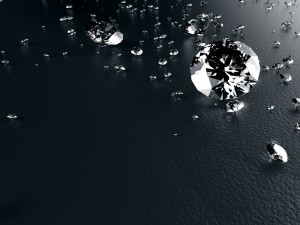 It was after this proposal that the use of diamonds in engagement rings became a popular trend among the rich and famous. However, it wasn’t until 1870 and the discovery of several diamond mines in South Africa that diamonds became more available and affordable to the general public. As supply increased, declining costs allowed many members of the public to invest in a diamond engagement ring and sales flourished. It was in the 1930s that the diamond trend really took off, even though many were suffering the effects of the Great Depression. Even though rubies, red in color, signified love, diamonds became synonymous with eternity.

Since then, a diamond engagement ring has been the standard. In 1947 De Beers launched its famous slogan, “A Diamond is Forever,” which stimulated even more saleswith the implied durability of a diamond going hand-in-hand with the idea that marriage is forever. By 1965, 80 percent of all new brides in the United States wore one. In 1992, the average cost of a diamond engagement ring was $1,500, but today, the average cost is closer to $5,000. As demand for a diamond’s sparkle and beauty has increased, the diamond has become the universal symbol of a man’s commitment to the woman he loves.