Netflix’s much-anticipated period drama The Crown has earned plenty of comparisons to Downton Abbey since its premiere on Nov. 4. Both shows tackle the changing tide in Great Britain’s caste system during the early and mid-20th century, but Downton Abbey is ultimately about a fictional aristocratic family, while The Crown follows the real-life accession of Queen Elizabeth II. Much of Elizabeth’s personal life is unknown to the public, since, as the series explores, she always kept her emotions and desires in check in the face of duty. But is The Crown based on true events?

In fact, most of the episodes were built around conflicts that played out in real life. The show’s first season of a purportedly planned six episodes, perpetually places the young queen (Claire Foy, nailing a thick accent and making the best of thin motivation) in situations that bear the contours of rebellion, after which she eventually backs down in order to behave in the best interest of the monarchy’s continued existence. Most grievously, she reverses herself on the question of whether her sister, the vibrant Margaret (Vanessa Kirby, the show’s MVP), may marry a divorced man; the decision ruins the princess’s chance at love. (The real-life Margaret went on to marry the photographer Antony Armstrong-Jones, later Earl of Snowdon. The unhappy union ended in divorce.) 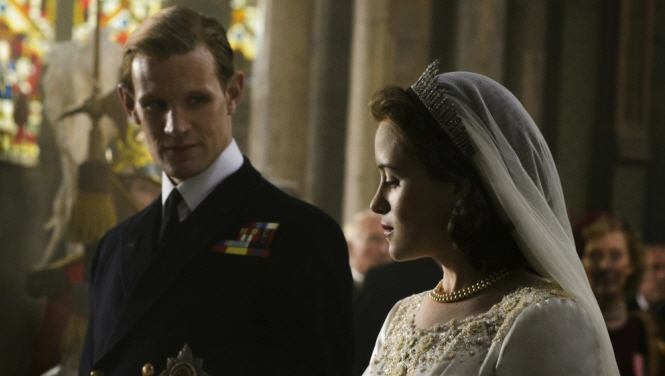 The Crown is ideal viewing for when you want to settle down with a cup of tea and watch people agonize over problems that feel very distant from your own. But if you’re looking for insight into the real power and impact of Elizabeth’s reign, this may not be the right place to start. The show is beautifully shot and includes an admirable portrayal of Winston Churchill by actor John Lithgow. But unlike Downton Abbey, where the lives of the rich and privileged were contrasted with the people who served them, The Crown is a languid depiction where working-class people only appear in brief cameos to be charmingly simple and inspirational. The darker side of the Empire is politely avoided. That’s hardly unusual for a British period drama of this type, but it’s a little disappointing for Netflix’s latest high-profile foray into prestige TV.

For more on the real life and loves of Queen Elizabeth II, check out The Royal Romance Part 1 and Part 2, which first appeared in True Romance magazine in 1953.