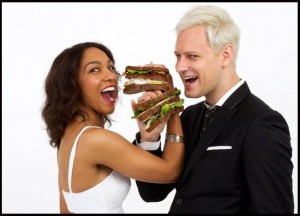 “Make me a sandwich!”

It’s not the most romantic line a boyfriend can utter to his girlfriend, but that simple “command” sparked a new blog with a very interesting story.

Stephanie Smith is a Midwestern girl living in New York City and working as a writer for the New York Post. Not one to back down from a challenge, when her boyfriend Eric (aka E) made a casual comment about sandwiches, Stephanie ran with it and began making sandwiches and writing a blog. Little did she know that she would be creating one of the sexier and more controversial love stories of her time.

Stephanie launched her blog, 300sandwiches.com, with the following story:

Things are fairly serious between E and I. We’ve been dating for more than a year, and recently, we moved in together to a lovely Brooklyn apartment. We talk about the future—-getting a dog, buying a country house, we’ve even talked about having a family without him breaking into a cold sweat and changing the subject. But I didn’t know when E would be ready for marriage. Like every woman in her mid-30s in a relationship, I wondered if we were going to go the distance.

I realized what it would take to get him to commit after the first time I made him a turkey on whole wheat bread, with mustard, lettuce and Swiss cheese.

That was it—a proposal hinged on me making him sandwiches.

The proposal from E came with sandwich #257, and Stephanie now has her own cookbook, 300 Sandwiches: A Multilayered Love Story . . . with Recipes. She and Eric will marry this week.  Whether you agree with Stephanie and E’s philosophy or not, no matter how you slice it, she got her man. 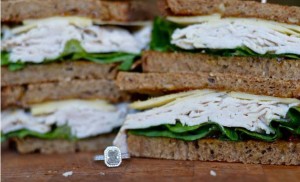 300 Sandwiches is the story of Stephanie and E’s epic journey of bread and betrothal, with a whole loaf of recipes to boot. For Stephanie, a novice in the kitchen, making a sandwich—or even 300—for E wasn’t just about getting a ring; it was her way of saying “I love you” while gaining confidence as a chef. It was about how many breakfast sandwiches they could eat together on future Sunday mornings, how many s’mores might follow family snowboarding trips, how many silly fights would end in makeup sandwiches. Suddenly, she saw a lifetime of happiness between those two slices of bread.

Not everyone agreed. The media dubbed E “the Internet’s Worst Boyfriend;” bloggers attacked the loving couple for setting back the cause of women’s rights; opinions about their romance echoed from as far away as Japan. Soon, Stephanie found her cooking and her relationship under the harsh glare of the spotlight. 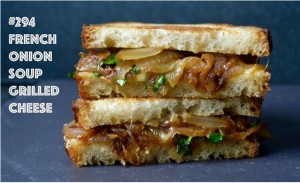 From culinary twists on peanut butter and jelly to “Not Your Mother’s Roast Beef” spicy French Dip to Chicken and Waffle BLTs, Stephanie shares the creations—including wraps, burritos, paninis, and burgers—that ultimately sated E’s palate and won his heart. 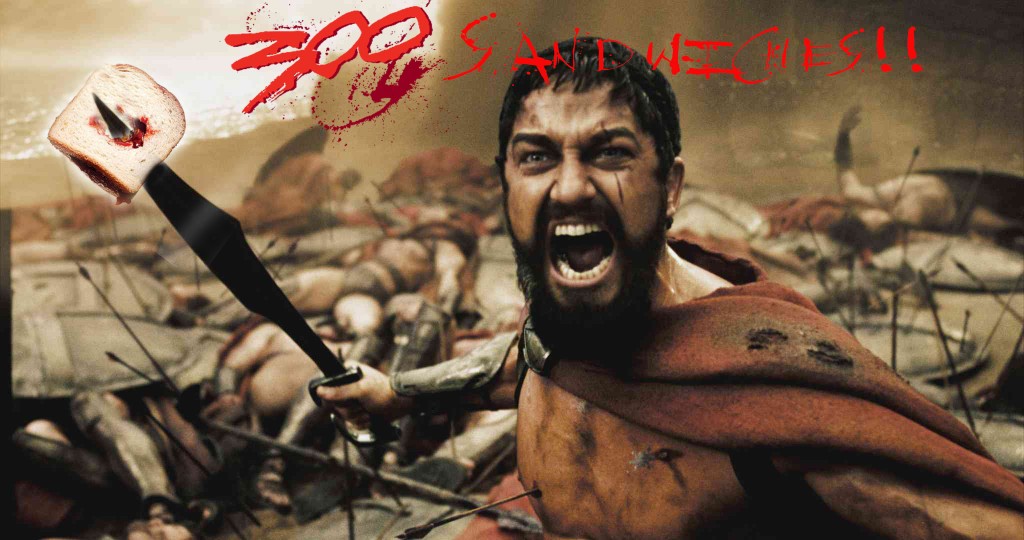