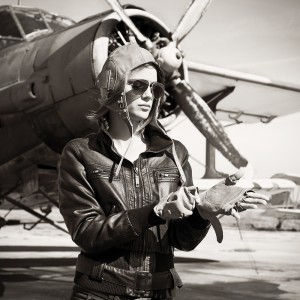 Today, although it is impossible to say that there is gender equality, there are certainly less strict gender roles than there were fifty years ago. Women have more freedom (to a certain extent, and only in certain places, mind you) and more is expected from them relationship-wise. Back then, one could argue that it was the woman’s role to wait around for a man to approach her. Today, both sexes have the power to make the first move. However, making the first move is easier said than done. Sometimes, you’re pretty sure he’s into you, so for the most part, your fear is a little misplaced. Other times, however, it’s a complete shot in the dark, in which case you might just give up on the idea of asking him out or saying the first “I love you” altogether. But a good relationship does not remain static! 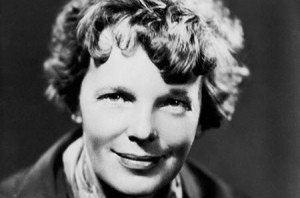 What would Amelia Earhart do? Besides being one of the earliest supporters of the Equal Rights Amendment, and a member of the National Woman’s Party (basically, a feminist in her own right, so you can just imagine what’d she say about women making the first move), she set a record for the first woman to fly solo across the Atlantic Ocean in 1932. Her trip was reportedly fourteen hours long, and she faced harsh weather conditions and mechanical problems- but she never gave up! It just goes to show that no matter what lies in the way, or what consequences may await, sometimes you have to take that leap of faith to reap the benefits. In fact, Earhart did say herself, “The most effective way to do it, is to do it.”