By Laura Agrintar from Elitedaily.com

Are you sure you’re having the best sex you could be? Maybe you know you’re a natural-born leader, but haven’t figured out how to use that skill in bed.

Maybe you’re super aggressive and need to take it out (on someone else’s body). Well, you’ve come to the right place.

Who doesn’t enjoy reading about sex? Who doesn’t like to learn about themselves? We’ve combined the two in our newest, “What your astrological sign says about your sex life.” Enjoy, we know you will. 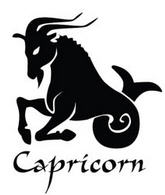 Capricorns are the missionary position of the zodiac. Loyal, consistent, secure, Capricorns might not be creative, but they definitely get the job done.

They’re super reliable people, which means (good news!) they’ll also carry a condom. Bedding a Capricorn is kind of like wooing a Salem virgin in the 1600s – prudent and reserved at first, but casting spells in bed later on.

The inventive and exploratory Aquarius is like one of those kinky sex positions you find in a deck of Kama Sutra cards. Their sex fetishes are a little unconventional and daring, but if you aren’t down, use the safety word.

Due to their agreeable natures, they’ll be happy to switch it up. Aquarius aren’t judgers; they had their brief “experimental phase” in college and that one night with two Justin Bieber backup dancers. They’re just as easy to be around as they are to f*ck.

Song to get it on: “Promiscuous” by Nelly Furtado ft. Timbaland.

Pisces are emotional and nurturing people. They don’t f*ck; they make love. Pisces are like the spooning sex position – they get attached very easily, are super intimate and sometimes in your face. They’ll even mouth-breathe into your hair during a more vigorous romp. Sexy.

Pisces also care deeply about their partners’ needs, which means you’ll always come first. They tend to escape reality from time to time, making their sexual escapades out of this world. Nail one down and a Pisces will be sure to nail you too.

Song to get it on: “Best I Ever Had” by Drake

True to their sign, an adventurous and impulsive Aries will totally ramyou (preferably from behind). Their “take charge” mentality makes them the doggy style position of the zodiac.

Song to get it on: “Crazy in Love” 50 Shades of Grey Remix by Beyoncé 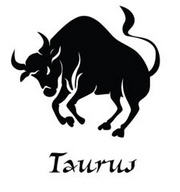 Taurus are lazy and persistent, so they’ll prefer being on bottom, but will throw in some good thrusts. A Taurus man is like the bottom layer of reverse cowgirl — self-indulgent, he’ll let you take the reins, but he will dictate the ride.

A Taurus woman is the ankles-up position — she likes feeling secure and stable and wants you to set the pace. A Taurus is practical and reliable, so (Good news!) there will always be condoms. Don’t expect any one-night-stands, as a Taurus can be a bit possessive. Like their bullish symbol, Taurus don’t like being pushed too hard, so be careful to keep it gentle.

Song to get it on: “Thinkin Bout You” by Frank Ocean.

Gemini are energetic and imaginative, making them great partners for oral sex. Their flip-flopping personalities mean that you won’t get the same thing twice. Gemini are curious and spontaneous — they’ve gone to strip clubs on a whim and then tried those moves out in the bedroom.

They can be superficial and into gossip, so don’t be surprised if everyone knows the size of your penis afterwards. Boredom is a Gemini’s biggest fear; expect a wild ride if you climb aboard. 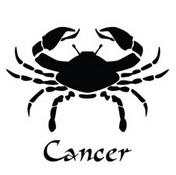 Cancers are affectionate and sensitive and like to make their partners feel good. Because of their intimate and protective natures, they are the “Om” sex position of the zodiac, in which you two are wrapped around each other, rocking back and forth as one, and lovingly gazing into each other’s eyes.

They’re all about feelings, so speak up if you’re not exactly feeling it. Cancers just want to get close to you — both physically and emotionally — so if you’re coming over, expect to stay and cuddle all night. Be prepared to share the bed because there will be no rolling over to opposite sides.

Song to get it on: “Adorn” by Miguel.

Your neighbors will certainly hear your Leo partner roar. As a fire sign, Leos have passionate and intense love affairs. They always crave the spotlight, so don’t be afraid to whip out the camera for a little fun. Vain and domineering, a Leo will gladly do it in front of the mirror.

Song to get it on: “Look at Me Now” by Chris Brown.

Practical, precise and meticulous, Virgos are any sex position that allows direct access to clitoral stimulation. Virgos tend to be perfectionists and slightly over-critical, so if you’re not hitting their spots, they’ll move on to the next lot.

They are methodical and logical, which means there won’t be any mile-high club memberships or getting down in dirty places. Sand and a Virgo’s crevice just don’t mix. Stick to the bed and they’ll be sure to stick it in you.

Song to get it on: “Crave You” by Flight Facilities.

Libra are the women on top. They are diplomatic, peaceful and hospitable. Where their strengths lie, however, so do their weaknesses.

As they are vain and superficial, sometimes they only like to be on top to make sure that you’re looking at them and only them. They want you to have a good time, but you better be appreciating them for it. Compliments and flattery are always appreciated.

Observant Scorpios can spot a fake from a mile away, so don’t even think about pretending to orgasm. Fiercely independent and able to accomplish anything they put their minds to, Scorpios are the sex toys of the zodiac.

Like the toys in your goody drawer, Scorpios know how to satisfy themselves, are resourceful, dynamic and can easily manipulate their partners. They like to be in control and are a little harsh, so expect them to dominate you, no lube included. 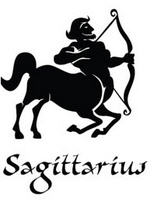 Sagittarius are the masturbators of the group. Their strength and their weakness lie in their independence, thus, they have no problem admitting when they can (and will) do something better than you.

They are philosophers and adventurers and freedom lies at the very top of their list of things most coveted. They will have multiple sexual partners or spend weeks by themselves before committing to the wrong person.

Song to get it on: “Grindin’” by Pharrell.