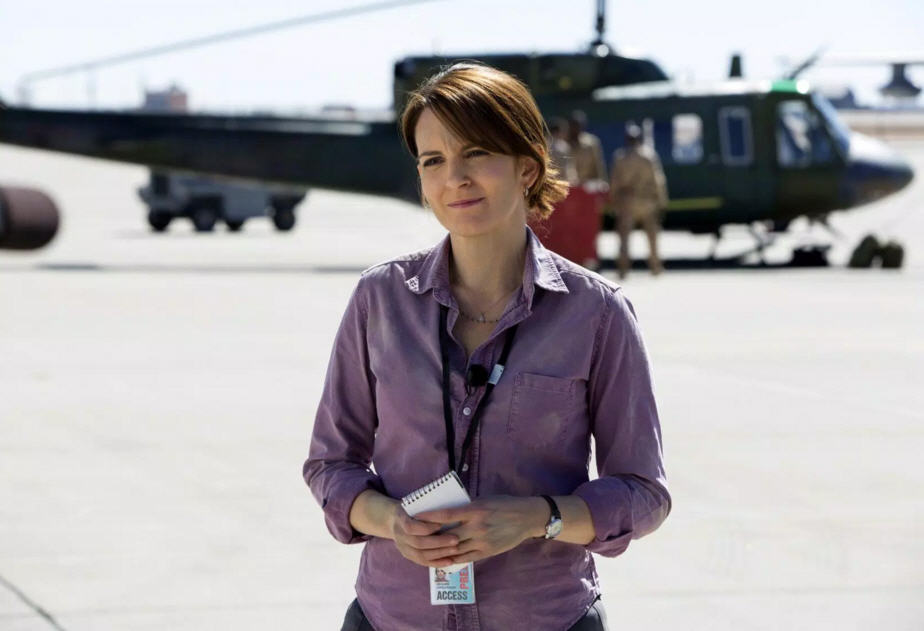 Whiskey Tango Foxtrot — yes, you’re supposed to chop that into initials — is a girl-power comedy with a bold twist: The timid heroine blossoms in Afghanistan, one of the most female-unfriendly countries on earth. By day, Kim Baker (Tina Fey), a TV reporter, and her male team visit all-girls schools that have been torched by the Taliban, who burned desks and books and scrawled “No education for women” on the wall. Outdoors, men and women can’t even touch. But at night inside their Kabul dorm, a.k.a. the Kabubble, the journalists get wasted and screw, acting out like college freshmen celebrating their freedom.

It’s oppression versus decadence. Both groups are extremists — the foreigners are just having a lot more fun.

Kim Baker is a media striver overcoming obstacles and finding solutions, not that far removed from 30 Rock’s Liz Lemon. Only now it’s not comedy, it’s war, and while Whiskey Tango Foxtrot does a good job to show how brazenly disinterested some of these people can be about the wider story in exchange for nabbing a scoop, this represents a step up to the big leagues for both the character and the star.

The film is directed by Glenn Ficarra (Crazy, Stupid, Love) and written by Robert Carlock and Kim Barker–who adapted it from the book The Taliban Shuffle. It features a star-studded cast including Billy Bob Thornton, Margot Robbie, Alfred Molina, Martin Freeman and Josh Charles.

Tina Fey Is A Smiling Sheroe