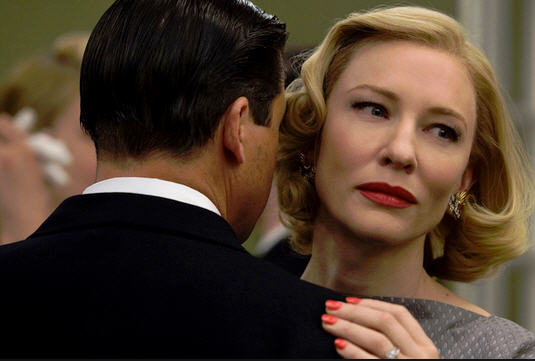 The New York Film Critics Circle has named Carol as its best picture of 2015. The Todd Haynes-directed film — which stars Cate Blanchett as a housewife who meets and begins an affair with a shop clerk and aspiring photographer (Rooney Mara) in 1950s New York — won four awards from the critics organization.

The NYFCC consists of 30 film critics for New York-based publications, and has met every December since the 1930s to vote on the year’s top films, actors, directors, cinematographers and screenplays. Leading the pack this year was Carol, which won not only Best Picture but Best Director for Haynes, Best Cinematographer for Edward Lachman and Best Screenplay for Phyllis Nagy, who adapted the script from Patricia Highsmith’s 1952 novel The Price of Salt.