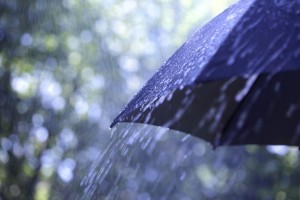 As I write, it’s a rainy day in Southern California, which is what passes for “a major storm” here but nothing like the paralyzing snowstorms in the Northeast. Wintry weather events are reminders of nature’s power and our vulnerability despite climate-controlled environments, fossil-fuel-powered transport and electronically-dependent communications. But such storms were even more devastating in the past.

For example, younger family members can gain perspective with a childhood favorite, The Long Winter by Laura Ingalls Wilder, which is one of the more exciting Little House books as well as a fairly accurate portrayal of the terrible “Snow Winter” of 1880-1881 in the Dakotas. Or they can read Blizzard!–The Storm That Changed America by Jim Murphy. It’s about the East Coast blizzard of March 1888, when wind-driven snow accumulated in 50-foot drifts in some places and lead to 400 deaths, 200 in New York City alone. The disruption of above-ground telegraph/telephone and rail led to changes such as underground communications lines and the first underground subway in Boston.

For adult readers, there is the moving The Children’s Blizzard by David Laskin. This cautionary tale covers the tragic Schoolhouse Blizzard that suddenly blasted the Great Plains in the afternoon of January 12, 1888, after an unseasonal warm morning that had schoolchildren forgoing heavy coats and gloves. It was called the Schoolhouse Blizzard because so many of the 500 or so dead were schoolchildren trying to walk home from one-room schoolhouses through blinding snow, with many found frozen just yards from shelter. For more historical perspectives, read about some other surprising weather impacts on human events: http://www.weather.com/news/news/7-strange-ways-weather-has-changed-history-20130921#/1