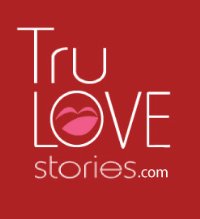 I had a boyfriend a while back, let’s just call him Jarvis, who was very cheap. Being college students, I totally understand wanting to save money, but he took it to the next level. Whenever we went out to eat he would always ask for separate checks, we would never just split the check down the middle and he would NEVER cover the whole tab.

Now I don’t think he should have to pay for everything, but I felt like splitting the check was a bit odd and redundant for a couple. So after dining out, I brought my up my feelings on the car ride home. I mentioned how I didn’t mind paying for a meal if he did the same. Jarvis was silent for a while, mulling over what I said and he agreed.  From how the conversation went, I thought we agreed to trade off on paying for the bill, whether it was a meal, a movie, or anything that involved the two of us.

I paid for everything on the next few dates, which was fine. One night we went out to a bar with some friends and I was running low on cash. I asked Jarvis to go to the bar and ordered me a drink, he said he would. He stood still, tapping his foot, as if he was waiting for something, “Well are you going to give me money?” Jarvis asked, I gave him a perplexed look, wondering why he had such a snooty tone. Then I asked him if he could pay for it since I didn’t have much money and in response he commented “That wasn’t what we agreed on.” Apparently, he “agreed” that I would just pay for everything, not that we would take turns. One of my guy friends, Adam, who was with us offered to get me a drink and denied Jarvis one when he asked Adam to get one for him. Let’s just say I dumped Jarvis’s cheapskate bum and shortly after began dating Adam, who was and is a perfect gentleman.