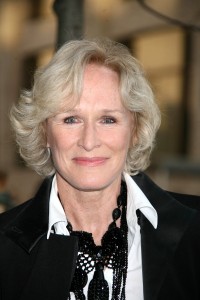 The Woman
Glenn Close is best known for her modern portrayal of the ultimate femme fatale and bad girl in films like Fatal Attraction, Dangerous Liaisons and 101 Dalmations. Recently, she has taken her bad girl act to the television screen playing what she considers “the role of her life,” Patty Hewes on the FX series, Damages. Successfully capturing these dark characters, Close has also been recognized for her accomplishments in the film world, as well as other artistic communities. She has earned five Oscar nominations, and has won three Tony’s, one Obie, three Emmy’s, two Emmy’s and a Screen Actor’s Guild award. Close knows how to portray characters with mental health issues, such as her iconic role in Fatal Attraction, but she knows first hand how damaging the stigma of mental illness can be on a true sufferer. Seeing how these misconceptions affected her sister, who suffers from depression, Close wanted to change the way people approach mental illness.

One in six adults and almost one in 10 children suffer from a mental illness. Not only must they fight the daily challenges of their disease, they must also combat the stigma society has placed on those with mental illnesses, such as depression, anxiety, bipolar disorder, schizophrenia, post-traumatic stress disorder, among others. Seeing how her sister struggled with the misconceptions about these illnesses, Close sought to put an end to it through education. Close created the Bring Change 2 Mind (BC2M) organization, which is an anti-stigma campaign focused on raising awareness about mental illness. BC2M seeks to “provide people who have misconceptions about mental illness quick and easy access to information that combats stigma,” and “provide people who have mental illness, and those who know them, quick and easy access to information and support.” Despite the overwhelming number of people suffering from mental illness, this is the first effort of it’s kind in the United States. To spread the word about BC2M, Close teamed up with her sister Jessie and director, Ron Howard, to make a Public Service Announcement about their anti-stigma campaign. In addition to Howard donating his time to direct the PSA, John Mayer generously donated his song, Say, to serve as the anthem to the cause. Close and BC2M are determined to bring positive change to millions of Americans by informing others, changing attitudes and breaking down stigmas.

For more information about the Bring Change 2 Mind and their anti-stigma campaign, visit Bringchangetomind.org. There you can find resources for those who suffer from mental illness, such as crisis hotlines. There are also ways others can get involved in their project. You can sign the pledge to do your part, spread the word, learn about negative language surround mental illness and support research.