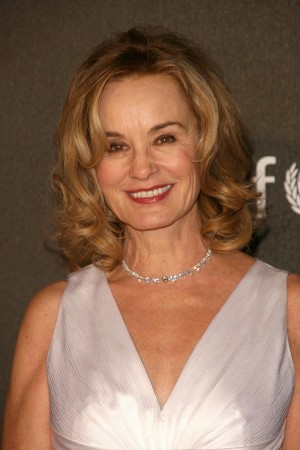 Not many actresses can capture the heart of Hollywood’s biggest stars. And Jessica Lange captured the heart of the biggest. Her debut role in the 1976 film King Kong introduced this fresh face to the general public. Originally living in Paris studying mime, Lange was a free spirit and led the gypsy lifestyle. She and her husband, photographer Paco Grande, lived in a van and traveled as much as possible. When her marriage started deteriorating, Lange and Grande decided to move to New York where she could try her hand at modeling.

In the fall of 1975, film producer Dino De Laurentiis contacted Lange’s modeling agency looking for an actress to star in his new King Kong movie. An agent at Wilhelmina recommended Jessica for the part. After a Hollywood screen test, Lange landed the role. The reviews for the film were great, the reviews for Lange—not so much. She didn’t work again for three years.

In 1979, close friend, director and choreographer Bob Fosse gave her another shot at acting when he wrote a part especially for her in his autobiographical film, All That Jazz. The role again wasn’t well received, but this time she got Hollywood’s attention. Soon after Jazz, she got work in the remake of The Postman Always Rings Twice, starring opposite Jack Nicholson. She was off and running. The following years she did the films Frances, Tootsie, Sweet Dreams and Crimes of the Heart. In 1982, Lange became the first performer in 40 years to receive two Academy Award nominations in the same year—a nomination for Frances and winning Best Supporting Actress for Tootsie.

In recent years, Lange has given several impressive performances on television. She played Edie Ewing Beale in the 2009 biopic, Grey Gardens. Lange co-starred with Drew Barrymore in this television film about a real-life mother and daughter living an eccentric life in a rundown mansion. She won an Emmy Award for her work on the project. Three years later, Lange netted her latest Golden Globe for her supporting role on American Horror Story. She won a 2012 Emmy for the role as well, followed by another win in 2014 for playing Fiona Goode. (Horror Story‘s narrative and characters change each season.)

Jessica is a goodwill ambassador for UNICEF, The United Nations Children Fund.

She has stated that she may continue acting for another few years, but plans to put her creative mind to other uses. One of those is writing children’s books. Her book, It’s About a Little Bird, was published in 2013 and was written for/about her grandchildren. Children are a very important part of her life as she is involved with the Listen Campaign. Its mission is to spread awareness and funds for 200 children’s projects through global media.