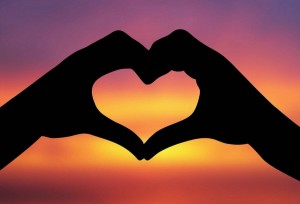 They say true love is eternal. You find your soul mate and you stay together in this life and journey together to the unknown in the next. At least, this seems to be the case in fairytales. However, in real life, we don’t always get to be with our lovers forever and that’s a real shame. So before you get too depressed, we’ve found some inspirational stories that prove that real love can exist and can last while never being forgotten. Here are some of those amazing couples that were simply “meant to be”.

John and Ann Betar–Have Been Married Over 80 Years!

John and Ann Betar eloped on Nov. 25, 1932, fleeing their close-knit Syrian neighborhood in Bridgeport, Connecticut, and driving as fast as they could to Harrison, New York, to avoid Ann’s father’s plans to marry her off to a man 20 years older.

The couple, named on Valentine’s Day by Worldwide Marriage Encounter as 2013′s “longest married couple” in America, can only laugh as they look back on the commotion they caused.

A 95-year-old Peoria man isn’t a musician, but the lyrics he put on paper are now being shared with the world. Fred Stobaugh said, “I was sitting here one night, oh about six weeks after she passed away and just sat here kind of hummin’ a little bit and it just finally came to me.”

Stobaugh recently lost his wife of nearly 75 years. He said they shared a love of music.
He soon turned his sadness into a song. “We were, like, just as one we were. Lorraine and I.”

Singer and songwriter Jacob Colgan remembers receiving Fred’s letter. “What made Fred’s entry so special was instead of a video, it was a large manila envelope titled Green Shoe Studio Singer Songwriter contest.”

It was an entry to his Studio’s songwriting contest. The kind of entry Jacob never expected.

Richard and John: Freedom To Marry After 61 Years

Need a reason why we must secure gay marriage in New York this year? Richard Dorr and John Mace have spent 61 years together. And as they look back on a lifetime of memories, there’s one more they want to create. Marriage.

Help support their cause