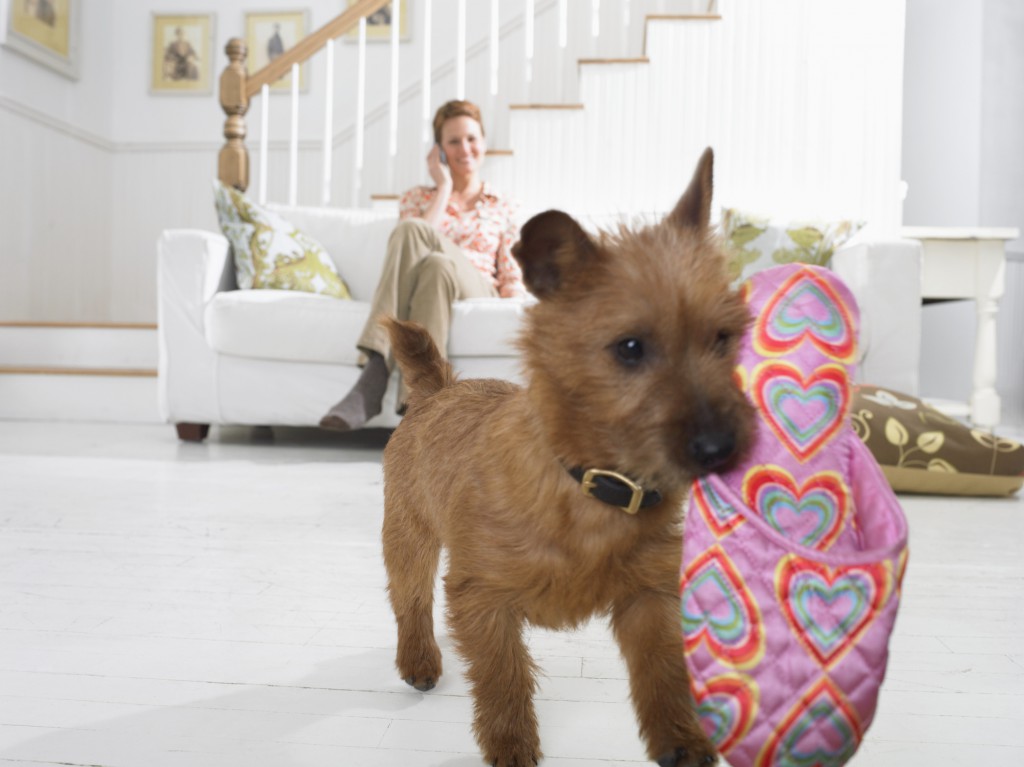 A cute little critter named Cocoa helped me learn how to be the best kind of husband there is.

I cringed when I heard Lila calling to that pesky little puppy because it meant that my restful repose on the couch would probably end before I had the chance to come up with a celebration idea for our twenty-fifth wedding anniversary tomorrow.

The brown fluff of fur came to a halt next to my hand, then yelped and pranced around before jumping up onto the couch. I grimaced at first, but then relaxed as she laid down on me for a belly rub.

“Oh, Warren, I’m sorry she’s pestering you again,” Lila said, scooping the little dog into her arms. “Hope will pick her up tomorrow and then Cocoa will be out of your hair.”

I sat up gingerly and patted my lap. “Give her here—she seems agitated. Maybe it’s because she knows that her flighty owner is coming for her tomorrow. Why does that ditzy woman keep a dog that’s always having puppies?”

“She likes the companionship,” Lila said, sticking up for her eccentric friend. “Especially so now that she’s a widow. You just don’t understand what it’s like to be in an empty house after years of caring for kids and a husband.”

She was right. Even though I knew that Lila had felt like a widow herself all those years that I’d spent developing my Simon’s Homestyle Restaurant, I didn’t understand.

She hates the fact that I’m not a dog person, like she is. The biggest bone of contention in our twenty-five-year marriage had been my refusal to let her have one. She satisfied her need for puppy love by dog sitting for travelling friends at their homes—never ours. At least not before the premature birth of Hope’s first grandchild took her out of town unexpectedly. Despite my protests, Lila insisted on being a friend, indeed, to her friend in need.

“Maybe a walk is what Cocoa needs. You should go, too,” Lila said. “You know what the doctor said about lying around.”

Cocoa stood and licked my face. She seemed excited about going out. I smiled, and was surprised by the warmth her joy gave me.

For years, Lila had talked about the joy and companionship that dogs bring into a home. Growing up in the suburbs, she’d always had a dog or two. Fluffy, a miniature terrier, had been her favorite. For me, dogs had always meant danger. We weren’t allowed to have a dog in our city apartment, and the one down the street was always terrorizing us kids. One day, it got loose and chased us. My sister tried to run away, but she fell and broke her arm. Then it bit me on the leg before being captured.

I’d never seen a dog bring happiness to anyone in my life—until now. Lila had been like her old self ever since Cocoa arrived. The dog’s presence seemed to lift the blanket of melancholy that had dropped over her when the last of our three sons went off to college. One of six children herself, she’d never looked forward to our empty nest stage. The dog and the recent heart attack I’d suffered delayed that reality a little, but only temporarily.

“Let’s drive to the park,” Lila said. “You seem strong enough for more than a few laps around the block.”

“Great. You know, the doctor says I can return to a light work schedule in a few weeks.”

I chose not to respond to Lila’s worried glance.

The park was virtually empty, which gave Cocoa plenty of room to scamper ahead of us before pivoting and running back. 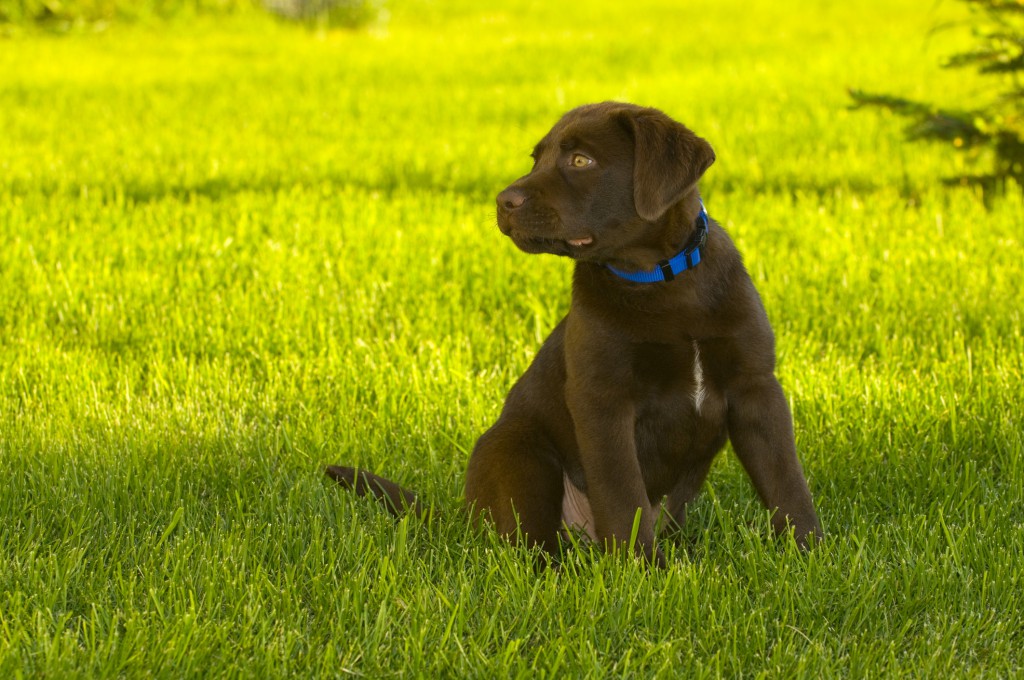 “Remember how the boys used to do that,” Lila said, “test their independence only to return to our side? I guess they won’t be coming back to our sides anytime soon.”

“That’s a good thing, isn’t it?” I asked. “It means that we raised them to make their own way in the world. Instead of rushing back to us for help, they’ll come back for our company.”

“You can enjoy the peace and quiet of our home.”

“You’ve got a point. It can be like when we first got married, just you and me.”

The only problem was, there hadn’t been much me in this new picture. Even though Junior had taken over as manager the year before, I’d still been working ten-hour days at the restaurant.

Back and forth the ball went as we walked, and our laughter mixed naturally with the dog’s yelps and barks. Before I knew it, we were in a familiar grove of trees.

“Recognize anything?” I asked.

Carved into a sturdy oak with a heart around them were the initials of Warren Simon and Lila Forrester. I noticed how the arrow seemed to separate our initials, just as my work would soon separate us again.

The cloud that passed over Lila’s face told me she’d noticed the same thing.

“We should be heading back,” she said. “I don’t want you to tire out and I’ve got to get Cocoa’s things together for when Hope comes in the morning.”

Lila took off running, and Cocoa tried mightily to keep up. Sensing the pup’s struggle, she slowed, and doubled over with laughter. Her laugh was as light and lyrical as it had been that first time I’d heard it in the college cafeteria. I knew it was a sound that I hadn’t caused her to make in quite a while.

The next day, Lila placed Cocoa’s belongings by the kitchen door before joining me at the table for breakfast. Cocoa trailed close behind.

“I don’t know why Hope is having such a hard time placing this puppy,” she said. “She says that when people stop by to see her, Cocoa just growls and snaps at their hands. If she doesn’t find someone soon, she may have to delay her move to the high-rise near her daughter—again.”

“I haven’t heard her growl the whole time she’s been with us,” I mused. “What’s it been, three days?”

“A week. You haven’t been counting down the days?”

“Nope, just the ones leading to our anniversary. It’s our twenty-fifth and I haven’t been able to plan anything special for you—for us.”

“Just seeing you healthy again is special enough,” she said. “You really gave me a scare. Just promise me you’ll slow down and not work so hard at the restaurant.”

“Okay, I promise. I should’ve listened to you before. But I do want to mark our twenty-five years. I want to show you that you’re a real special lady to me.”

Cocoa seemed to bark in agreement, but actually, she’d heard her owner approaching the door.

“Welcome home, Grandma,” I said as Hope burst in full of energy. The commotion startled Cocoa, who began to bark and growl.

“What is it, baby? Has Mama been gone too long? Don’t you remember me?”

“Sit down, have some coffee, and show us the baby pictures,” Lila said. “Cocoa will remember you by the time you’re ready to leave.”

But she didn’t. Nearly an hour had passed and Cocoa was still eyeing Hope warily from her post at Lila’s feet.

I knew what I had to do.

“Lila, would you bring me the white envelope on top of my dresser?” I asked.

“Yes, now. I have something special for you.”

“Oh, just get it,” Hope said, as though reading my mind.

With Cocoa following at Lila’s heels, I leaned toward Hope and confirmed her suspicions. Her face beamed with support.

When she returned, I placed my hand over Lila’s, and stopped her from sliding the anniversary card out of its envelope. “Sweetheart, you know that I love you and that I’ve always delighted in your company. But we both know that I haven’t been around much to actually show you the joy in my heart. It’s too late to make it up to the boys, but I can still make it up to you.

“I’ll cut back on the time that I spend at work, but I don’t want you to ever be here alone. Cocoa will make a fine companion, don’t you think?”

“What? We can keep Cocoa? Are you sure?”

“Of course he’s sure,” Hope said as she made her way to the door. “Don’t bite the hand that’s trying to please you.”

“Yes, I’m sure. That fluffy little ball has grown on me. And when I heard you laughing in the park yesterday, I realized how she’d grown on you, too. I haven’t heard you laugh like that in a long time. I was even jealous for a moment, but I know there’s enough room in your heart for the both of us.”

Lila had happy tears in her pretty eyes. “You know there is, Warren. There certainly is.” 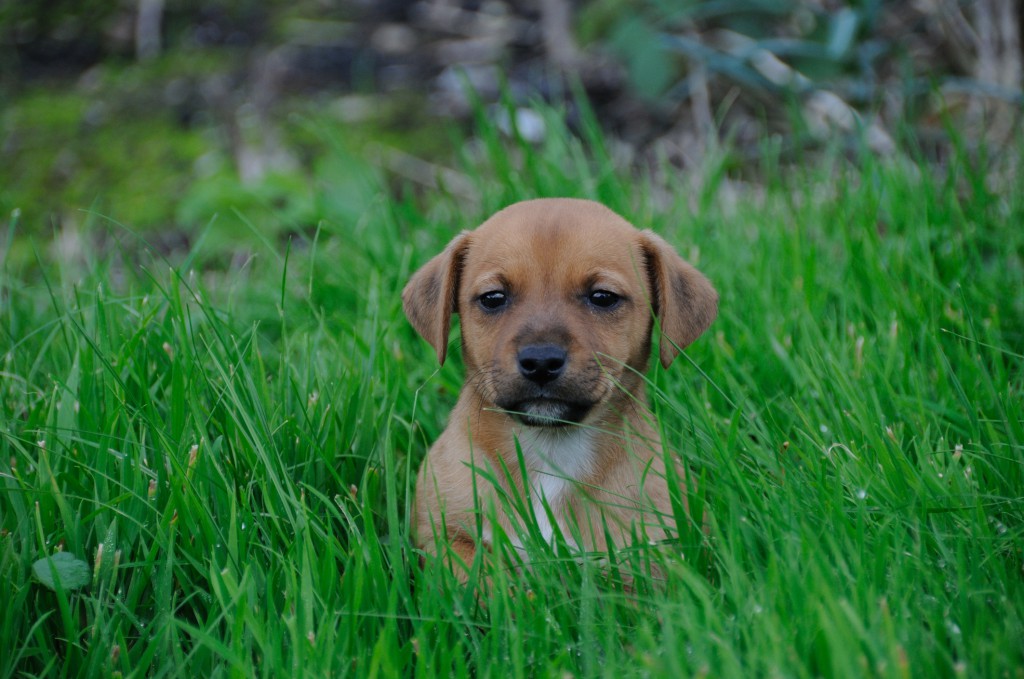