“Till Death Do Us Part,” or at least until ratings dip — Celebrity couples are all the rage, and the American public has a voracious appetite when it comes to reading about the relationship highs and lows of famous couples. But what goes up too often comes down, and this summer there seems to be a rash of couples calling it quits. Here are some of the heartbreaking break-ups: 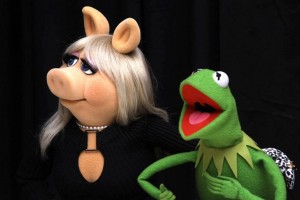 After nearly 40 years of being together, Miss Piggy and Kermit the Frog announced over Facebook that they are ending their relationship. “After careful thought, thoughtful consideration and considerable squabbling, Miss Piggy made the difficult decision to terminate our romantic relationship,” the two said on their respective Facebook pages.

While Piggy was coy, Kermit was keen to make clear that it was his porcine partner who had initiated the split.

“We will continue to work together on television (The Muppets/Tuesdays 8p.m. this fall on ABC. Not that this breakup would have anything to do with publicizing the show, of course.) and in all media now known or hereafter devised, in perpetuity, throughout the universe. However, our personal lives are now distinct and separate, and we will be seeing other people, pigs, frogs, et al. This is our only comment on this private matter,” the message continued. “Thank you for your understanding.” 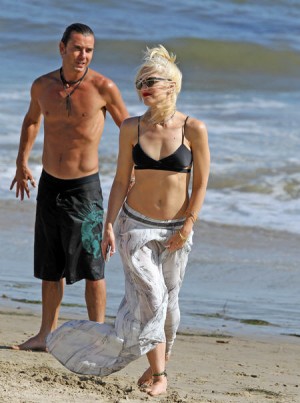 On August 3, 2015, Gwen Stefani (No Doubt) and Gavin Rossdale (Bush) announce that they “will no longer be partners in marriage.”  And while it has been no easy ride, their 13-year-long marriage seemed like one of the most resilient in the music industry.

But with the news that Gwen Stefani, 45, has filed for divorce from 49-year-old Rossdale citing “irreconcilable differences,” they seem headed for an expensive financial battle. They are seeking joint custody of their three children. The couple said, “ We remain partners in parenthood and are committed to jointly raising our three sons.”

The couple’s combined fortune has been reported at more than $100 million. In addition to her lucrative music and TV career, Stafani has her own fragrance and fashion lines. Her empire is worth $80 million. Rossdale’s fortune is estimated at $35 million. 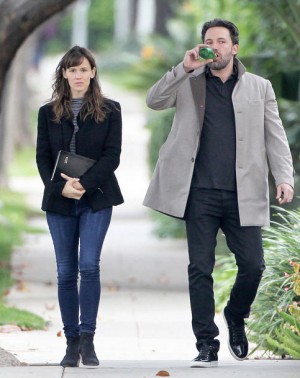 Ben Affleck and Jennifer Garner’s 10-year marriage won’t get a Hollywood ending. The Academy Award® winner and his wife are getting divorced, with the news breaking on the day after the couple’s milestone anniversary.

“After much thought and careful consideration, we have made the difficult decision to divorce,” the couple said in a joint statement.

“We go forward with love and friendship for one another and a commitment to co-parenting our children whose privacy we ask to be respected during this difficult time.”

The actors, who met on the set of 2001′s Pearl Harbor but fell in love while filming the super hero flick, Daredevil, two years later, seemed destined for less off-screen drama after their glamorous June 29, 2005 island wedding on a Turks and Caicos island beach. According to People Magazine, Jennifer discovered that Ben “had been having an affair with their nanny for months – an allegation Affleck vehemently denies.” However, nanny Christine Ouzounian told friends that she and Ben had slept together and that they are in love. 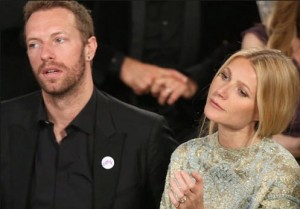 Gwyneth Paltrow has distanced herself from the phrase “conscious uncoupling” – saying she did not write the now-infamous headline announcing her separation from former husband Chris Martin. Ms Paltrow blamed Elise Loehnen, the editor of her lifestyle website Goop, for using the term in a headline without warning her in advance. Whatever you want to call it, Paltrow said she and the Coldplay rocker, 37, remain close pals. “We’ve worked really f—ing hard to get to [this] point,” the Goop (a weekly lifestyle publication) founder noted. “But we’re very, very close, and it’s so nice. I feel like it’s, in a way, the relationship we were meant to have.”

Indeed, the exes have remained amicable, celebrating holidays together with their kids Apple, 10, and Moses, 8. 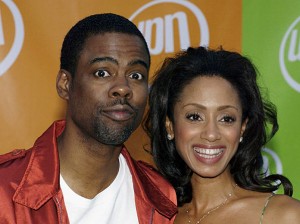 It’s not a punchline, Malaak Compton-Rock is seeking a huge chunk of Chris Rock’s $70 million fortune following their divorce.  The stay-at-home mom married the ex-Saturday Night Live star in 1996 after they met at the Essence Awards while she was working in public relations.

She soon gave up her career and became a full-time mother, court papers say.

Compton-Rock, 46, now spends much of her time caring for the couple’s kids — Lola Simone, 13, and Zahra Savannah, 11 — in their posh home in Alpine, NJ. The couple has agreed to a 50-50 split regarding custody of their children.

Rock filed for divorce amid rumors he was dating actress Rosario Dawson, who co-starred with him in last year’s film Top Five, which he also directed.

He said in a recent interview that the split had left him feeling “sad outta your f- -king mind.”