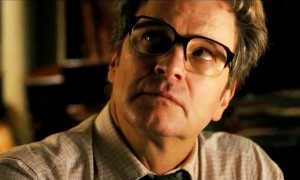 Based on his best-selling memoir, the film tells the extraordinary and epic true story of Eric Lomax (played by one of our favorite leading men Colin Firth), a British Army officer who is tormented as a prisoner of war at a Japanese labor camp during World War II. Decades later, Lomax discovers that the Japanese interpreter he holds responsible for much of his treatment is still alive and sets out to confront him, and his haunting past. This story has been told several times before, and this latest retelling, from a screenplay by Frank Cottrell Boyce and Andy Paterson, wrestles with themes of suffering and redemption as it criss-crosses between Colin Firth’s aging Lomax living a purgatorial existence in late 20th-century Britain, and Jeremy Irvine’s embattled young soldier suffering at the hands of his wartime captors. Nicole Kidman co-stars as Lomax’s wife and love interest. The movie opens nationally on April 25, but you can watch the trailer now.