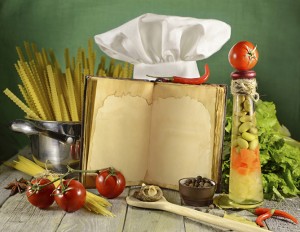 I’ve noticed that new best-selling food/cooking books have become less focused on tasty recipes and more on healthy “lifestyle” diets. But it really hit home when I went shopping for holiday gift books for “foodie” friends in September. I started my research with The New York Times best sellers, only to find the food category dominated by books like Grain Brain, Wheat Belly, Practical Paleo, The Doctor’s Diet, Eat to Live Cookbook (plant-based) and so on. I don’t want to offend true believers in gluten-free, weight-loss, vegan or Paleo diet regimes; I don’t know enough to comment. But I wonder whether these diet trends have done more to improve the profits of the food industry and weight-loss firms than the health of their followers. Consider the new gluten-free popularity. According to a 2013 report by Mintel, a leading market research firm, “some 24% of consumers currently eat, or have someone in their household who eats, gluten-free foods,” although “75% of consumers who do not have celiac disease or sensitivity to gluten eat these foods because they believe they are healthier, despite the lack of any scientific research confirming the validity of this theory.” Mintel goes on to predict that “the gluten-free food and beverage market will grow 48% from 2013-16, to $15.6 billion, at current prices.” And what about all the weight-loss schemes? Even if they work, Americans apparently can’t or won’t follow them because our obesity epidemic is only getting worse. In 1980, 25% of adults in the United States were considered overweight; by 2001, over 66% of adults were classified as overweight. Over a third of the adult population (35.7%) was in the obese (very overweight) category by 2010. Since my gourmet friends prefer books to please the palate, and trying to preach a diet lifestyle is probably not a way to keep them as friends, I went from the best-seller list to Bon Appetit magazine’s recommendations for mouth-watering cookbook releases this fall, including: A Boat, a Whale & a Walrus by Renee Erickson (a Seattle chef’s seasonal menu); Heritage by Sean Brock (Southern Low Country delights); and Relæ by Christian Puglisi (inspiration from the noted Copenhagen restaurant). For those who do want to stress healthy eating in their book buys, I would recommend first checking out the 2014 U.S. News & World Report experts’ ranking of the best diets among weight loss, diabetes control, plant-based, heart health, commercial dieting, healthy eating, or easy-to-follow plans: http://health.usnews.com/best-diet